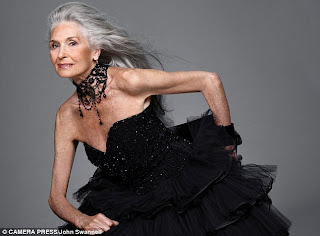 Looking around the headquarters of the Models 1 agency in Covent Garden, there are giant posters showing the most famous girls (and I mean girls, not women) on their books — Amber Le Bon, Bar Refaeli, Noemie Lenoir.
But there is one poster that shows a woman who is very different from the rest. A mane of silver hair, an etiolated neck, high cheekbones, bright, intelligent, lively eyes, and all 83 of her years etched upon her face.
This is Daphne Selfe. She is certainly one of the most beautiful women on the wall, and also one of the bravest — because she has just agreed to pose as Madonna in her prime. And if that were not enough, she is wearing only the iconic conical bra and corset made by Jean Paul Gaultier for the singer’s Blonde Ambition tour in 1990. 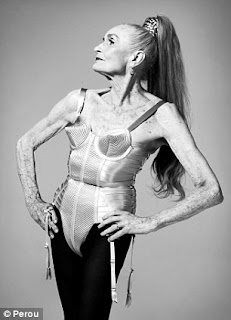