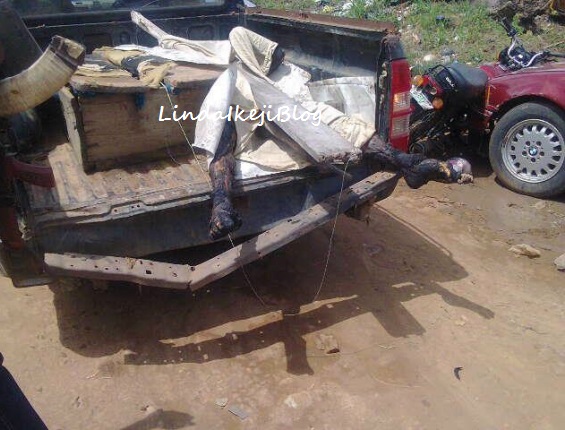 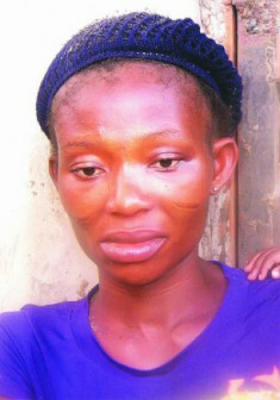 A woman named Esther Peter (pictured above) on Tuesday April 16th allegedly killed her husband, Kenneth Peter Anayo, then set his body on fire at their home at NEPA Phase I Road, Ijagemo, around the Ikotun area of Lagos. Neighbours said the couple was always fighting in public and in fact there was a serious fight between them a few days before the Tuesday incident, where Esther stabbed her husband with a broken bottle and he had to be treated at the hospital. Neighbours said they noticed that Esther and Peter’s room was on fire around 2am that Tuesday morning and when they went there to help, they noticed that the room was locked from the outside. They managed to break down the door, and that was when they saw the burnt remains of Kenneth. Esther and her son were nowhere to be found.

Esther was later found around the area with her belongings in a bag trying to escape. Neighbours handed her over to the police from the Isheri-Oshun division, who later came to remove Kenneth’s remains. (A LIB reader was there live and took some photos). Esther, who is from Cross River told police that the fire was caused by the candle lit in their room while she went to fetch water but couldn’t explain why the door was locked from the outside and why she had all belongings in a bag. Police say they have every reason to believe Kenneth was killed being burnt.

The case is being handled by the State Criminal Investigation Department, SCID, Panti, Yaba, Lagos.