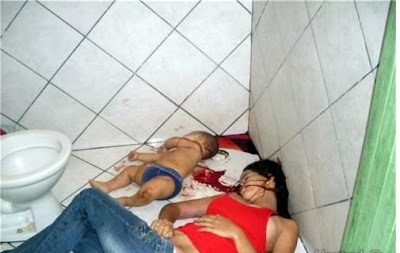 This is another Horrific Story! This terrible double murder which also lead to the murderer getting killed happened in the city of Maiquinique, state of Bahia, Brazil. Man found out that his wife was a whore and the kid she spawned while she was with him was not his.

Feeling completely destroyed by infidelity and lies, the man returned home and beat his wife to death. When he was done with her, he also took his rage on the bastard son. Read More and See Photos after cut… Viewer’s Discretion Strongly advised!
36 year old nicknamed “Dai” reportedly beat the head of 19 year old Lima against the bathroom floor until she was dead. 8 months old Erick de Oliveira Lima was reportedly also killed by being repeatedly thrown against the floor. After the deed, the double murderer tried to commit suicide by ingesting poison known as “BB”.

Unfortunately, the poison did not deliver anticipated results and only made the murderer sick. Odair stumbled out of the residence and was helped by a Good Samaritan who took him to a hospital. Not trying to hide who he was, Odair told the nurse right away that he had just killed his ex-wife and her son and that they were dead in the bathroom of her house.

The news of the double murder quickly spread through the community and enraged citizen decided to take justice into their own hands. They broke into the hospital, dragged the half dead man out and beat and kicked and stoned him like mad. Military police tried to intervene with lynching but by the time they got to the crime scene, the victim was already dead. 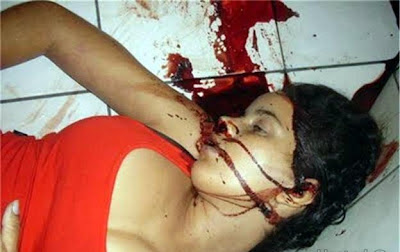 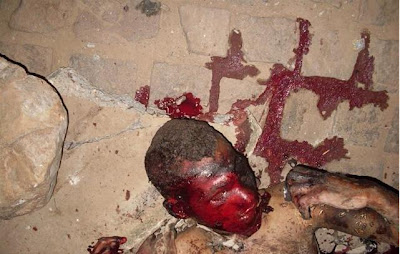 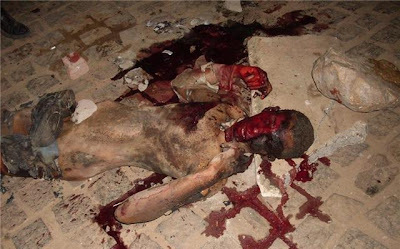