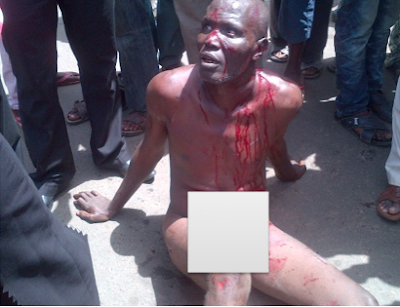 Two robbery suspects, members of a robbery syndicate that specialize in snatching money and valuables from unsuspecting passengers were nabbed by angry mob along stadium road, Ilorin on Wednesday.

According to the unsuspecting victim, “I went to change some currency from naira to dollars at a bureau de change. After the transactions, I stopped the taxi with the men inside. Getting to my destination, I asked the driver to stop but he said he wanted to pick someone ahead before dropping me so he moved up a bit and stopped. 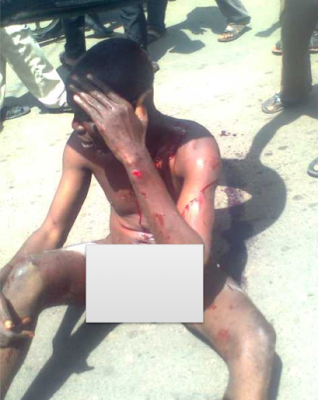 I tried to open the door but it was difficult so the man near me moved closer to me, I never suspected he wanted to rob me, tried to assist in opening the door. As I dropped from the cab, I discovered that I have been robbed so I quickly raised alarm, they quickly threw down my money and sped off, so passers bye assisted in giving them a hot chase with Okada and apprehended the two of them”.

It took the quick intervention of men from Special Anti Robbery Squared, SARS, for the suspects not to have died of the beating sustained by angry mob.

The Police Public relations Officer, DSP, Femi Fabode confirmed the arrest of the robbers and stated that they actually specialize in robbing people coming from banks adding that they have their own taxi with which they monitor bank customers and pretend that they are taxi drivers on commercial duty. 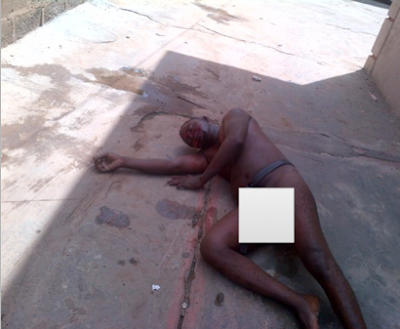 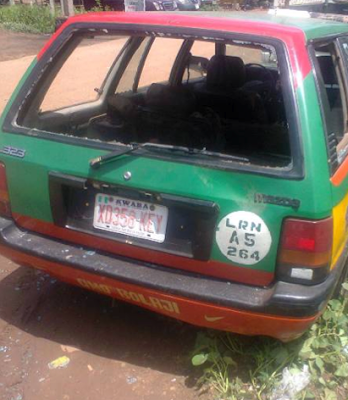