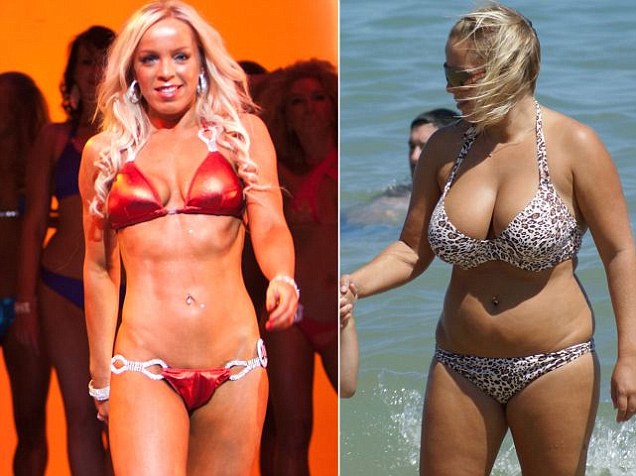 A woman was shamed into losing weight after being horrified by a picture of herself in her bikini.

But Becky Latham is back in a skimpy two-piece for the first time in 18 months after shedding three stone, and she’s so proud of her size-eight figure she’s even taken part in a bikini contest.
Becky, who lives in Birmingham, said: ‘I was 11 stone when I saw the picture of me in a bikini and I was disgusted with myself.
‘And I didn’t have the confidence to wear one again until now but I’m in the best shape of my life and I’m proud to show my figure off.’ 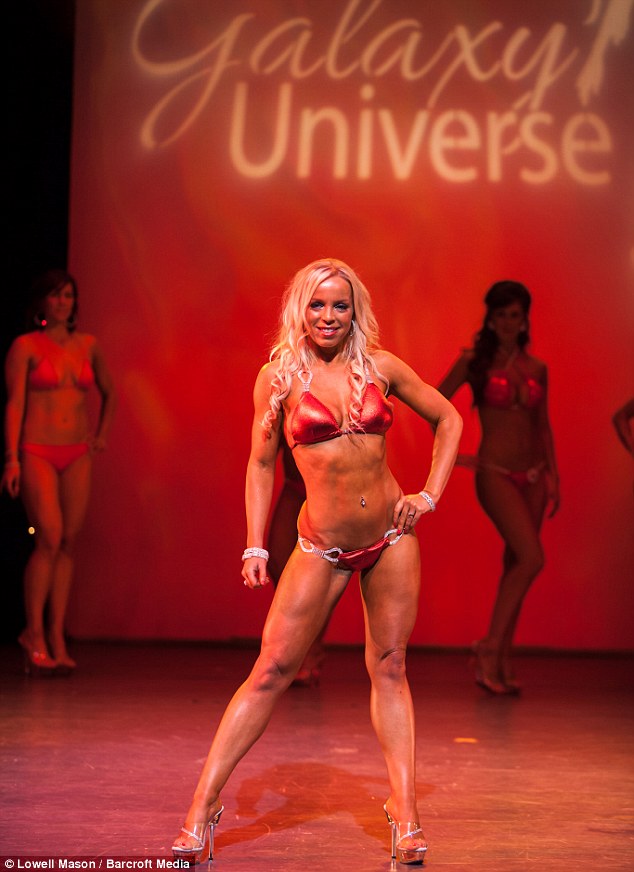 Before and after: She was originally a size 14 but was so horrified by this bikini photos that she embarked on a grueling fitness programme and worked out six times a week
Last month, 32-year-old Becky took to the stage in front of hundreds of people to compete in the Bikini Diva category of beauty and fitness competition Miss Galaxy Universe.
She said: ‘Putting on the bikini really did make me feel like a million dollars for the first time in my life and I loved every single second on stage.
‘It was emotional and I think I cried when I had finished but I was so pleased I had done it.
‘The blood, sweat and tears of the last 18 months had really paid off.’

New confidence: Becky was shamed into losing weight after being horrified by a picture of herself in her bikini but now she is back in a skimpy two-piece for the first time in 18 months
Becky says she had always been a slender size eight through her teens and twenties but noticed the weight creep after moving to Catral, Spain with her husband Jason, 41, in 2008.
At her heaviest, Becky weighed 11 stone and was wearing size 14 clothes.
She said: ‘I tried to be careful about what I ate but the weight crept up. I’d restrict myself to a tin of tomato soup or beans on toast in the day but at night I would sink endless glasses of wine and munch on crisps and chocolate.
‘I hated my body more than anything and I hate the way it made me feel. I ended up being so negative despite living in our Spanish paradise. 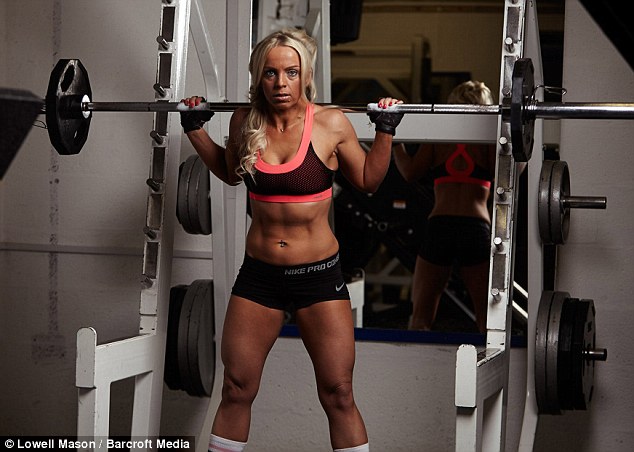 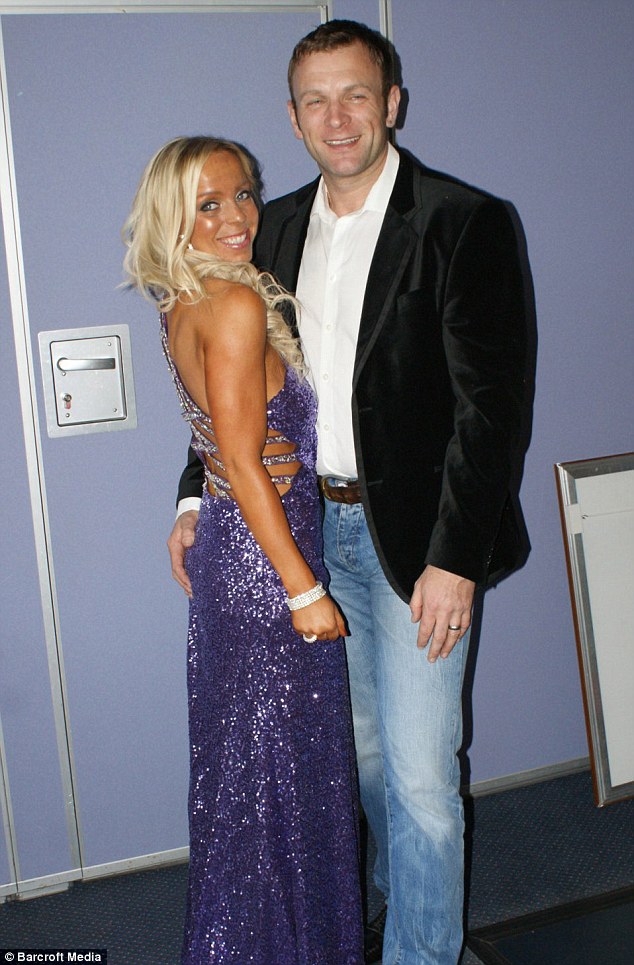 Support system: Becky says her husband Jason, 41, was so supportive and really helped her after she became too insecure to even look in the mirror
‘I began reading up on female weight training and changed my diet. Before then I was starving myself but I began eating more protein and carbs and fats.
‘I even went up to six meals a day and made sure I had lots of vegetables and natural food – never any packets or ready meals.
‘It gave me so much more energy and I really felt alive, refreshed and strong.’