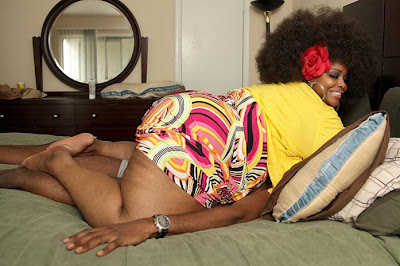 This is issue of “i didnt get job, i must use what i have to survive”. Talk of “creativity”

This busty masseuse who couldn’t get a job after spending a year training only to be turned down from working in spas she applied for because she was too big has now set up a successful business – massaging clients with her 48NN breasts and now earns more than a thousand dollars a day ribbing and smothering clients with her massive boobs.

She admits she was unsure at first, but after one client asked if she was going to take her
top off, she revealed how clients wanting her to hit them over the head with one breast has boosted her self-confidence.

“I kept getting asked if I’d be able to stand on my feet all day. People assumed my size would be a disadvantage. No-one ever called me back.

“I decided to give massages from home and then one customer asked if I was going to keep my top on.

“At first, I was indignant and said I didn’t give those kinds of massages,” she explains. “I was ashamed of my body because I was so big.

“But when I realised there might be something in breast massages I put an advert in the local newspaper and the phone began ringing off the hook.

“At first it was difficult to get over my body issues and I would only give massages with the lights off.

“But the more compliments I got from my clients, the more my confidence was boosted. It has really helped me get over my low self-esteem.”

Kristy, who is single, was already a B cup as a nine-year-old, but they rocketed to a NN when she got older.

Big breasts run in her family – her oldest sister, Denise, 51, was also a size 52NN until she had them reduced to an H cup.

But it didn’t sit well with their strict Jehovah’s Witness upbringing.

Today she wouldn’t dream of getting rid of her prized assets, which she calls her ‘bread and butter’and so  Kristy isn’t ashamed of her size – saying business is booming as a result.

Not only does Kristy offer squashing as a service, she also practices body gliding, which involves covering herself in oil and sliding over the customer.

She added: “I have to keep an eye out when I’m squashing someone. I look at their feet and their fingers to make sure there is still movement there and they’re still breathing.”

Business may have rocketed in recent years – but Kristy admits she’s faced opposition.

Her family is also against her vocation – but for different reasons.

She says: “They’re totally against it. Obviously it goes against their moral code – they don’t understand it. Also, because I’m the biggest in the family, I embarrass them. But no matter how many times they call me ‘thunder thighs’, I’ll never be ashamed of my body.” 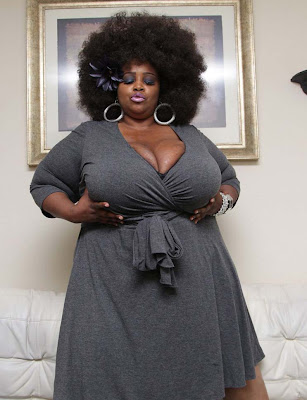 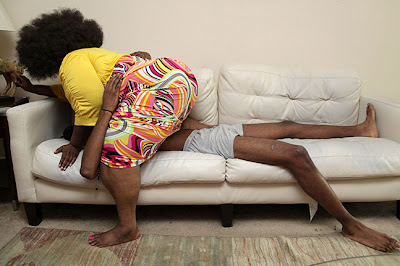 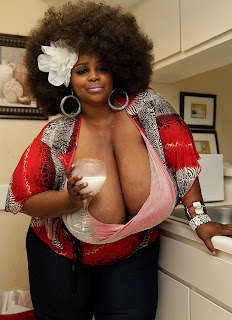 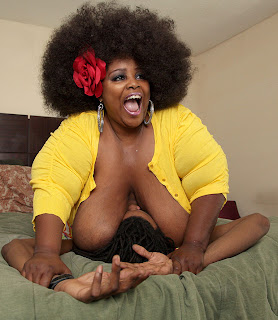