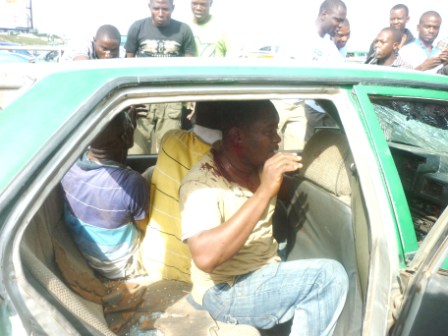 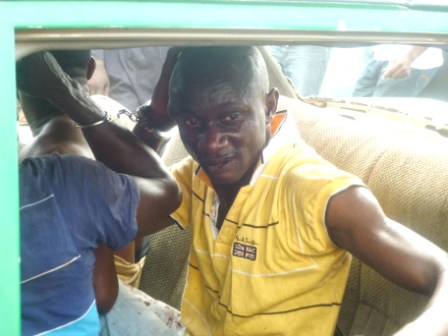 This incident of jungle justice happened on Saturday at Mabuchi in Abuja. While the taxi was moving along, a passenger (victim) inside it, seemed to be in panic and when passersby noticed it, they gave the taxi a chase till it stopped. The victim explained his ordeal that the men inside the taxi demanded for his phone and the bag he was carrying as soon as he enter into the taxi. The suspects refused to come out of the taxi which led the angry mob into breaking the windshield of car and vandalizing it.
The suspects were later dragged out of the vehicle and were given the beating of their lives and one of the three suspects died in the process.
An SSS Agent arrived the scene and decided to handle the matter by taking the suspects into custody; he handcuffed them and called for backup. While waiting, the angry mob rushed toward the suspects and pushed them from the fly-over bridge in other to kill them, but suspects didn’t die. They sustained various degree of injuries and the mob went after them and continued hitting them with sticks and stones. Although, the fate of the suspects remain unknown as the scene was too horror for the photographer of the photos you are about to see.
I think this jungle justice of a thing needs to stop as many innocent people have been wrongly accused and given a jungle justice. Just a few months ago, a Youth Corper serving in Bauchi complain that he and his friend were almost lynched just because the driver of the taxi they were in suddenly jumped down and shouted that they were criminals. It took the police great effort to rescue them. On a thorough investigation of the case later, the taxi driver couldn’t really make any case against them as he had nothing meaningful to say. He himself then faced being arrested and tried for attempted murder. Then the angry mob/villagers later feigned that the taxi driver was mentally unstable and the case died there. A fair trial is deserved by all, guilty or innocent. 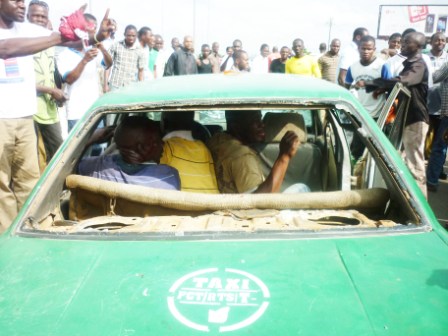 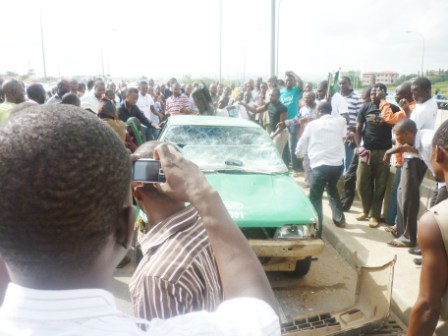 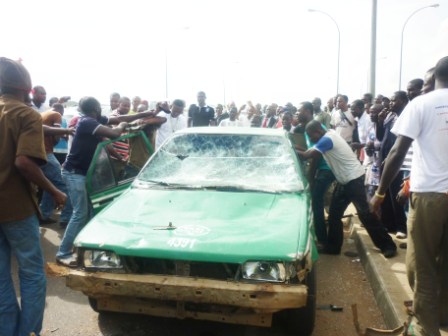 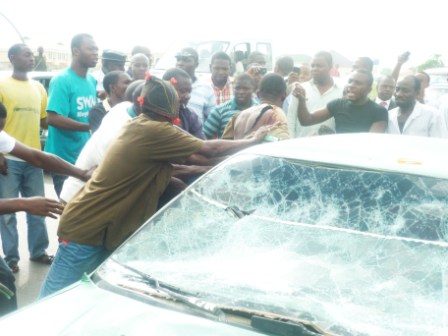 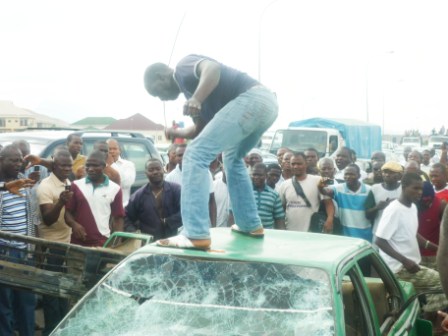 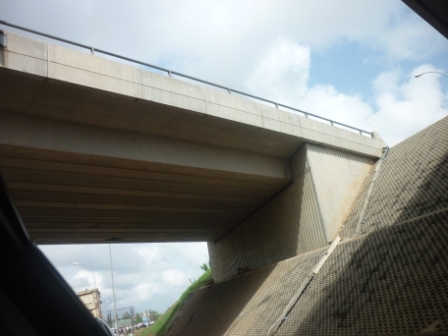 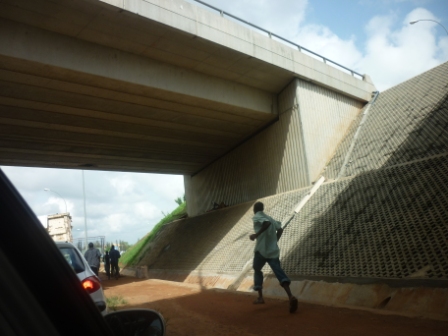 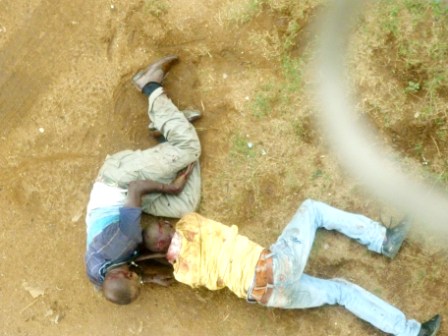 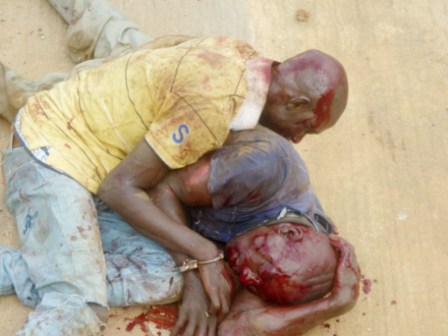 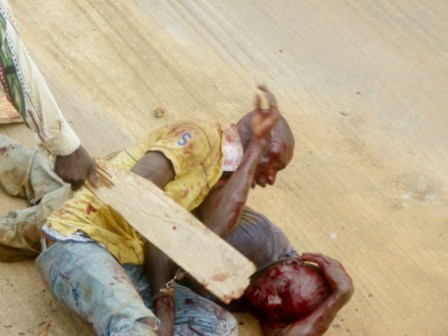 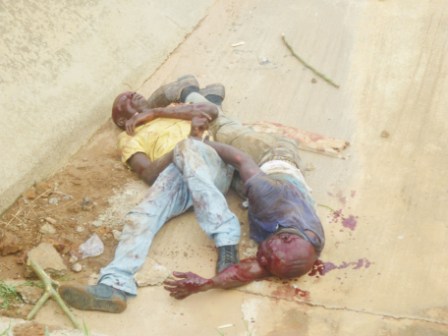 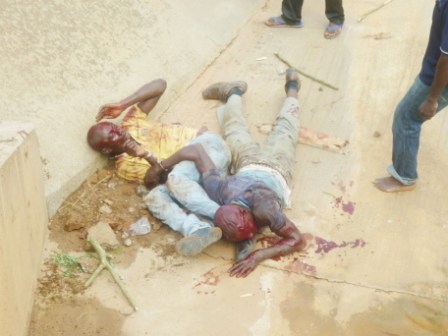 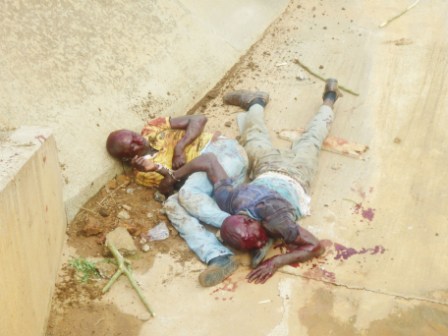 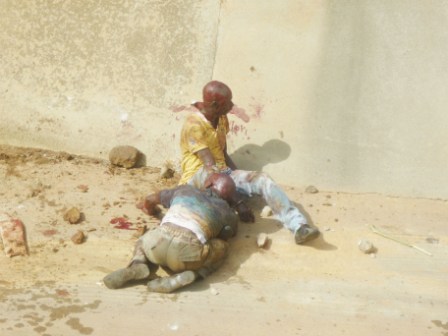 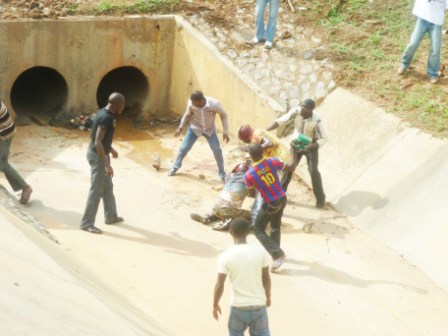 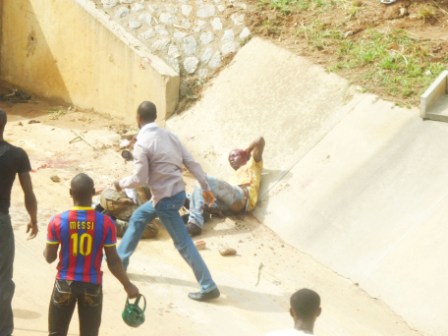 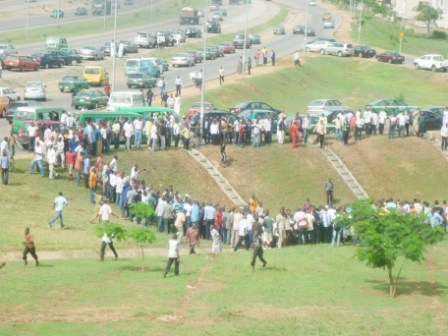