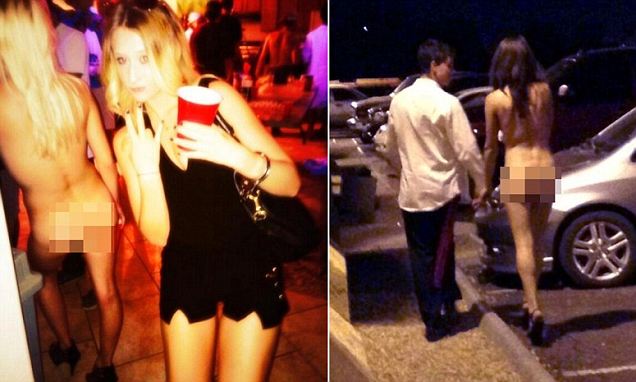 Pictures of two women who reportedly appeared at two different university Halloween parties naked and were posted on Twitter have gone viral.
The first picture was of a blonde woman who showed up at the Arizona State University Halloween bash in her birthday suit, to the shock and surprise of many.
A picture of her naked was posted Monday on the university’s unofficial popular and anonymous Twitter account, @ASUConfessions, prompting a widespread mixture of delight and criticism. 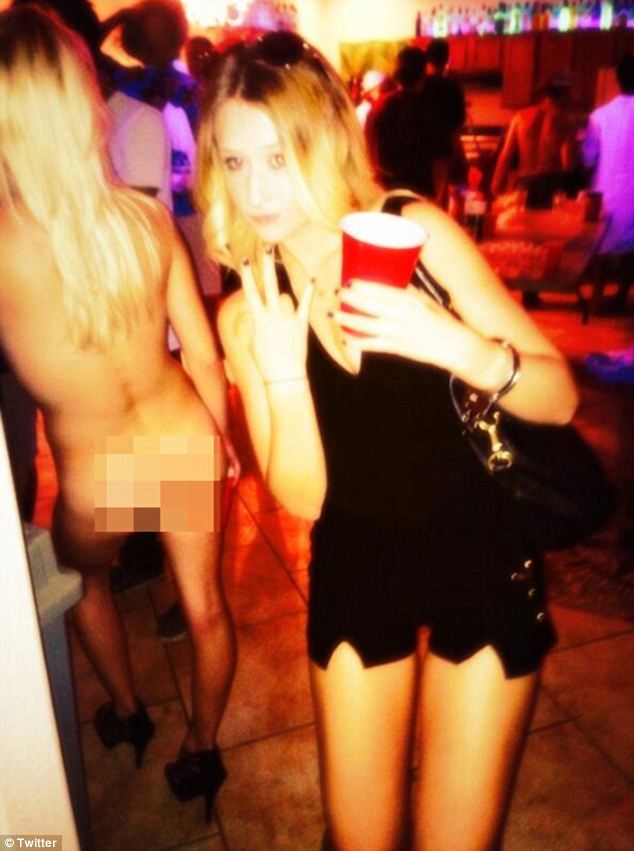 Surprise! A blonde woman shows up at Arizona State University’s Halloween bash completely naked, wearing black high heels. Twitter user, @amandajanson4, posted the picture
She is seen standing with her back to Twitter user @AmandaJanson4, who posted the picture first, which was then re-tweeted by ASU Confessions.
A few days later, on Thursday, another picture was posted by ASUConfessions, showing a different naked woman at a different Halloween party, according to the college humour site, Total Frat Move.
The brunette is also seen from behind walking through a parking lot hand-in-hand with a man.
The two women have not been identified.
A few comments on Total Frat Move claimed the woman was a stripper hired by the fraternity, according to New York Daily News. 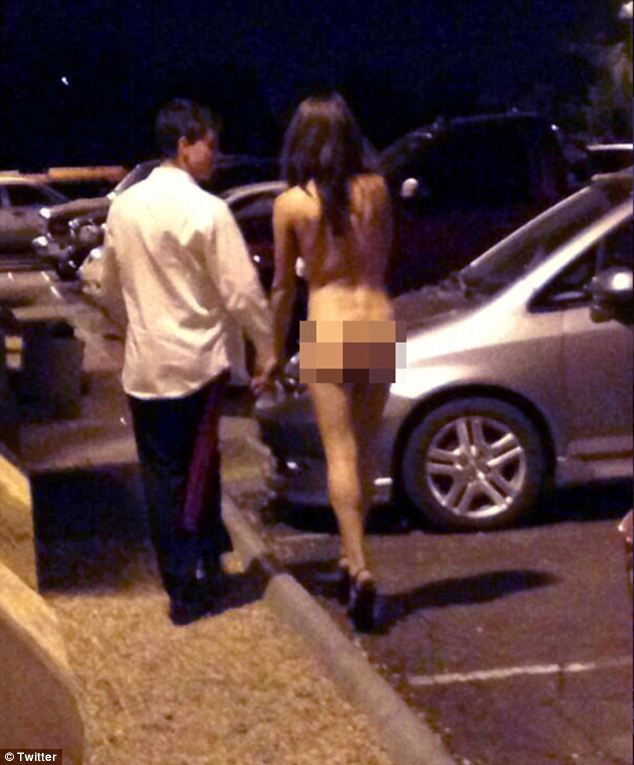 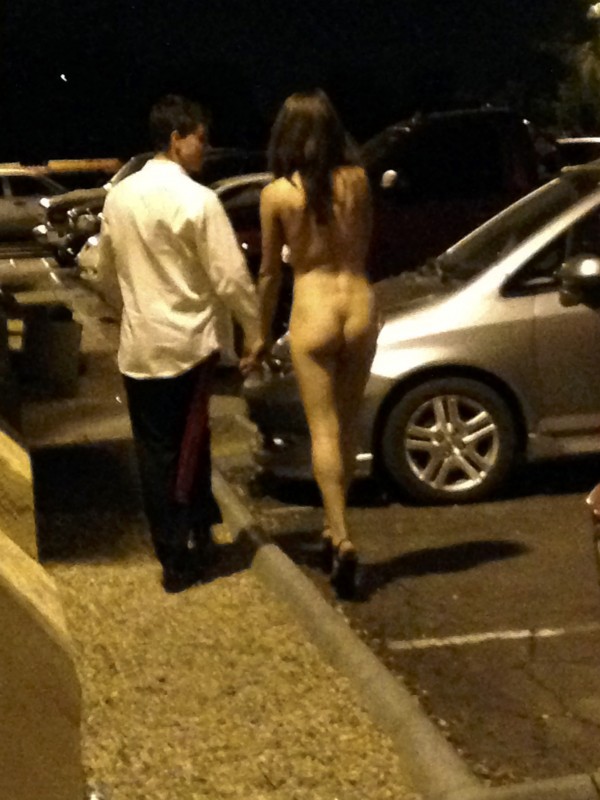 Naked: A second woman decided to don her birthday suit for the festivities and is seen walking through the parking lot with an unidentified man
A Tweet by user @Niemo23 on October 31, in which he posted a picture of teacher conducting a class looking at the pictures, says: ‘English teacher looking at the naked girls on twitter in class, haha’.
The daring Halloween outfits have sparked public debate on nudity, with one person saying, ‘So avant-garde. While everyone else worries what to wear, she wears absolutely nothing. Brilliant. Simply brilliant.’
A post on Total Frat Move said, ‘Not really sure what this girl was thinking when she decided to go as ‘Naked Human,’ but props to her on having the confidence to pull this off.’ 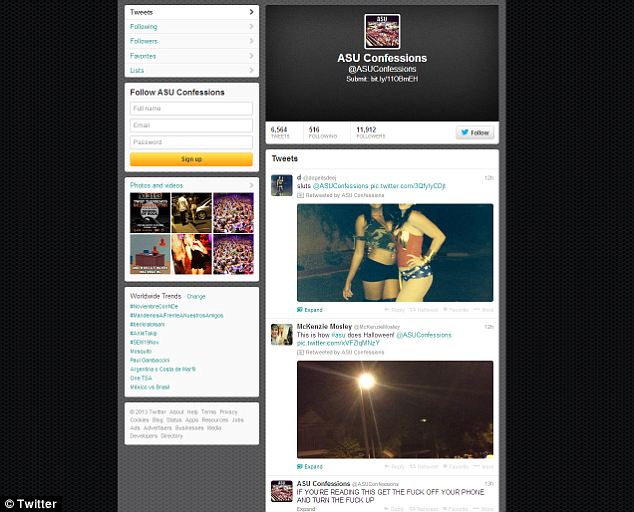 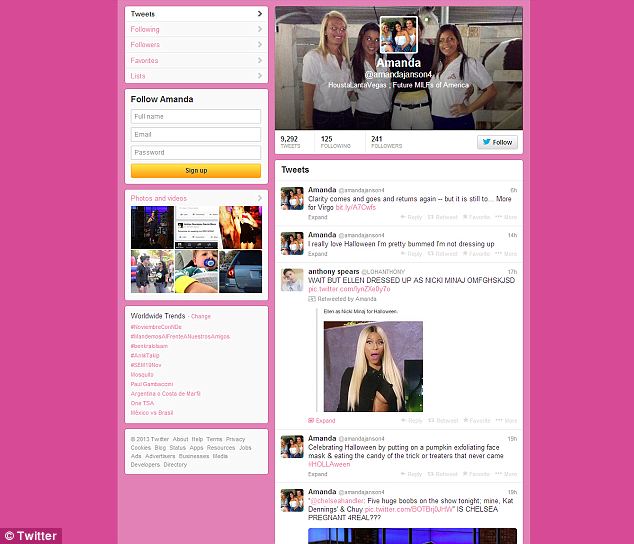 First to snap the photo: Twitter user @amandajanson4 took the famous picture of the blonde woman naked at the party
On Facebook one person said: ‘Wish I had that confidence.’
Another said: ‘That’s what I always thing when I see ladies out in sexy themed costumes- if you’ve got the guts to show off what you’ve got then get on with your bad self!’
However, not everyone agrees, with one person saying: ‘ I think this is highly inappropriate. There is a time and a place for everything – nudity included. Walking down the street is not that time, nor that place. Why isn’t this considered public indecency?’
A comment on Buzzfeed.com said: ‘Shoutout to the #ASU s***  that showed up to a Halloween party completely naked. I’m sure you’re daddy still loves you.’