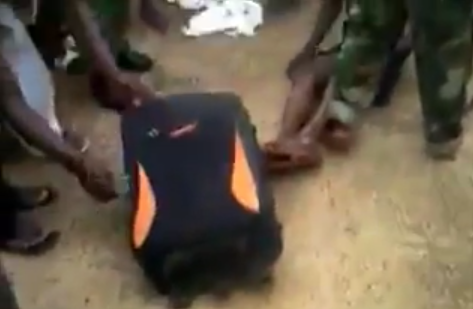 The way Nigerians are going with kidnapping, killing, rituals e.t.c is alarming. The man being beaten by the angry mob in the pictures was caught with a dead child hidden inside the luggage he was carrying. It’s unclear where it happened in Nigeria but thanks to the soldiers who were present at the scene, the man was not burnt to death by the mob.
Parents, plz watch out for your kids and be very careful who you leave them with.
See more of the pix after the cut: 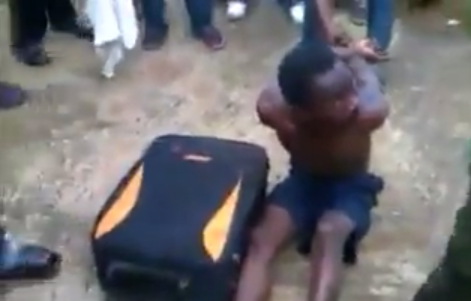 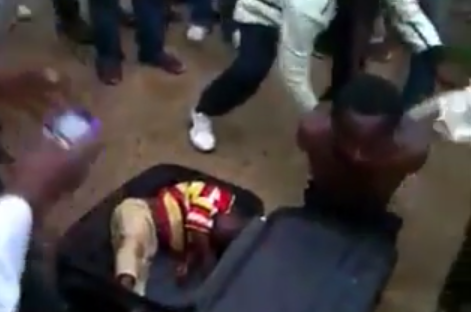 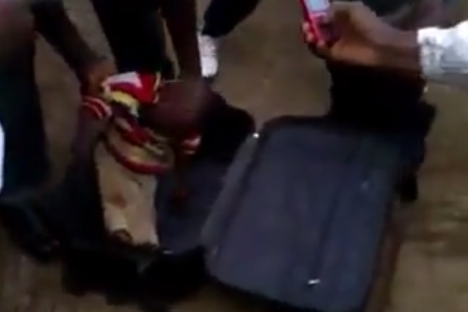 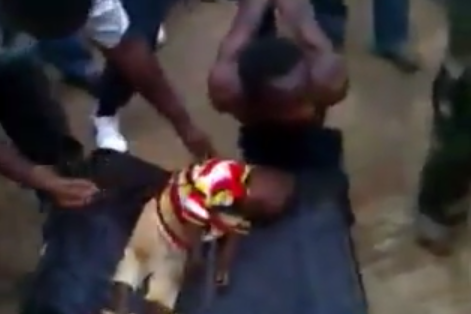 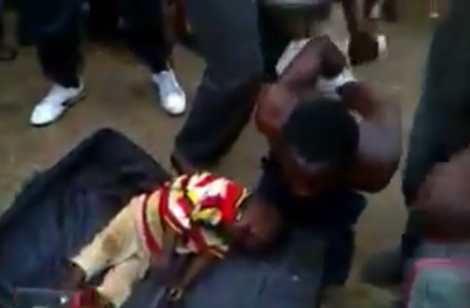 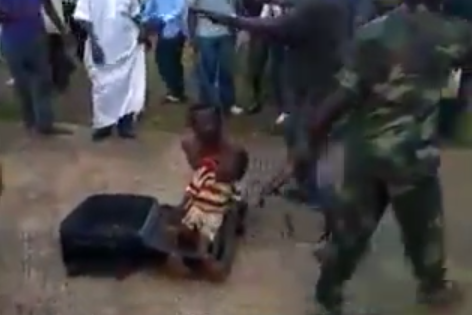 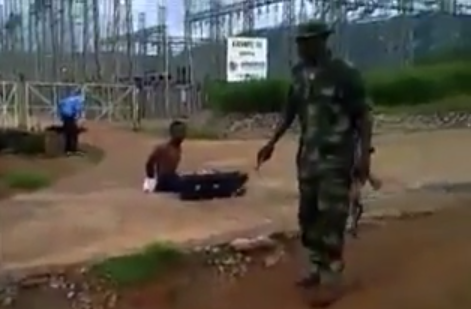