About 40 black models, most of them women, staged a topless protest in Rio de Janeiro against the low presence of Afro-Brazilians on fashion catwalks.
“What strikes you, your racism or me?” one of the female demonstrators wrote on her chest during the protest late Wednesday timed to coincide with Rio Fashion Week.
The demonstration also coincided with the signing of a deal between the Fashion Week organizers and the Rio ombudsman’s office setting a 10 percent quota for black models in fashion shows, the G1 news website reported.
“This agreement crowns a joint initiative that can open a space that does not yet exist,” said Moises Alcuna, a spokesman for Educafro, a civil rights group championing the labor and educational rights of blacks and indigenous people. 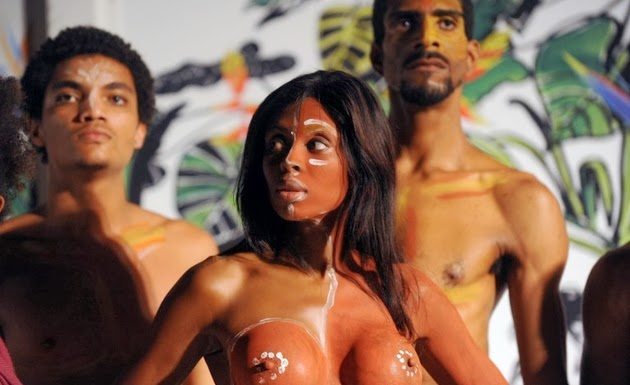 More than half of Brazil’s 200 million people are of African descent, the world’s second largest black population after that of Nigeria.
But Afro-Brazilians complain of widespread racial inequality.
“If we are buying clothes, why can’t we parade in the (fashion) shows,” asked a 15-year-old model taking part in the protest. “Does that mean that only white women can sell and the rest of us can only buy?”
“Claiming to showcase Brazilian fashion without the real Brazilians amounts to showing Brazilian fashion (only) with white models,” said Jose Flores, a 25-year-old former model who now works in advertising. 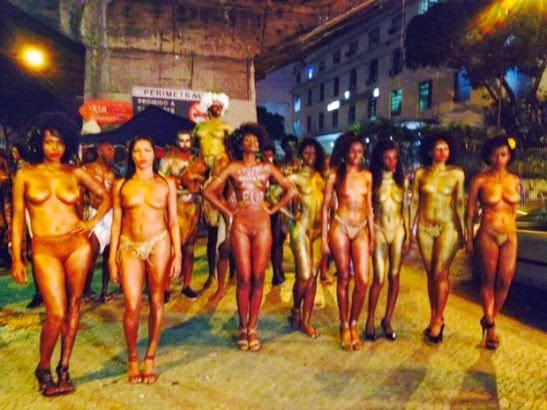 After 13 years of debate, President Dilma Rousseff last year signed a controversial law that reserves half of seats in federal universities to public school students, with priority given to Afro-Brazilians and indigenous people.
In June 2009, the Sao Paulo Fashion Week (SPFW)– Latin America’s premier fashion event — for the first time imposed quotas requiring at least 10 percent of the models to be black or indigenous.
Previously, only a handful of black models featured among the 350 or so that sashayed down the catwalk — usually less than three percent.
But in 2010, the 10 percent quota was removed, after a conservative prosecutor deemed it unconstitutional.