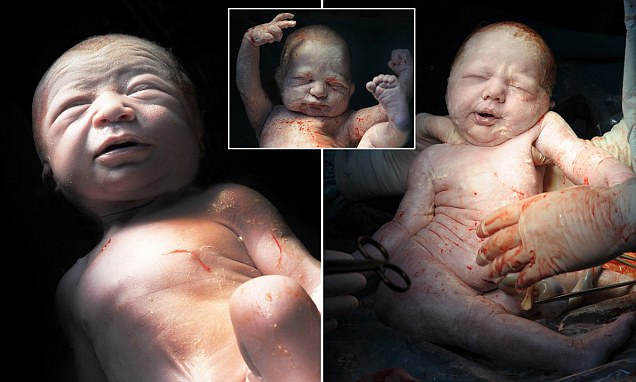 Warning: Graphic content; Respected Danish photographer Suste Bonnen was given unprecedented access to the maternity ward at Copenhagen University Hospital for the extraordinary candid portrait of labour. Her compelling pictures show babies the instant they are born even before they are given over to the safety of their mother’s arms. In the working world of the hospital Suste still managed to get great pictures despite having just the surgery lights to shine on her subjects – no flash was allowed.

A photographer has captured the wondrous, miraculous moment of birth – in all its raw and unglamourised glory.
Taken before a mother has seen her baby for the first time these amazing photographs show the reality of how we all enter this world.
The warts and all pictures are the work of respected Danish photographer Suste Bonnen who was given unprecedented access to mothers while they were in labour. 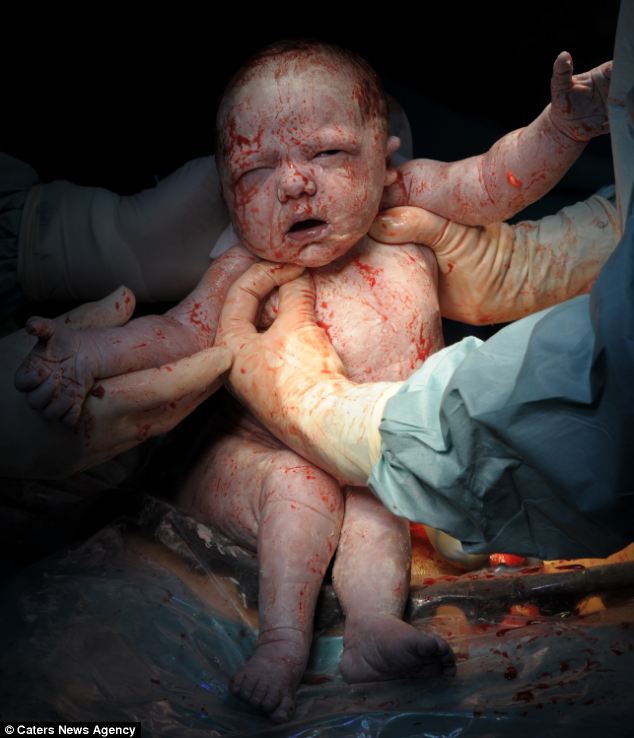 Intimate: Danish photographer Suste Bonnen captured the moments after a baby was born in a series of extraordinary portraits 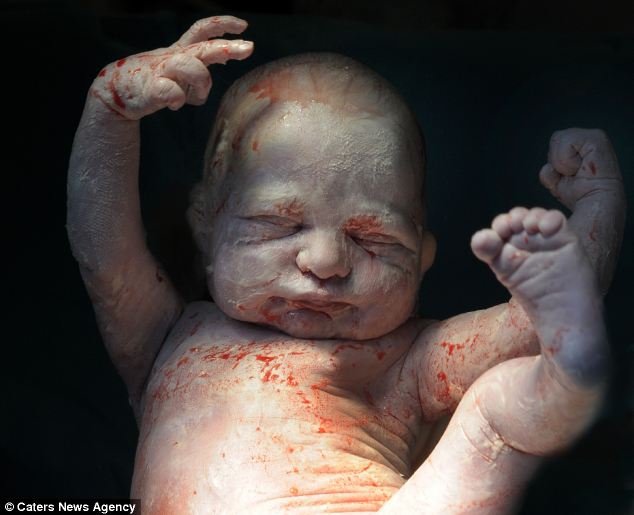 Shock: Ms Bonnen said the controversial images are ‘testimony to the magical wonder of life’
Suste, 65, who has worked as a portrait photographer for 30 years, was given permission to take these remarkable shots at the Copenhagen University Hospital.
Now she has produced this stunning body of portraits of perhaps the most exposed moment in any person’s life.
Her compelling pictures show babies the instant they are born even before they are given over to the safety of their mother’s arms. 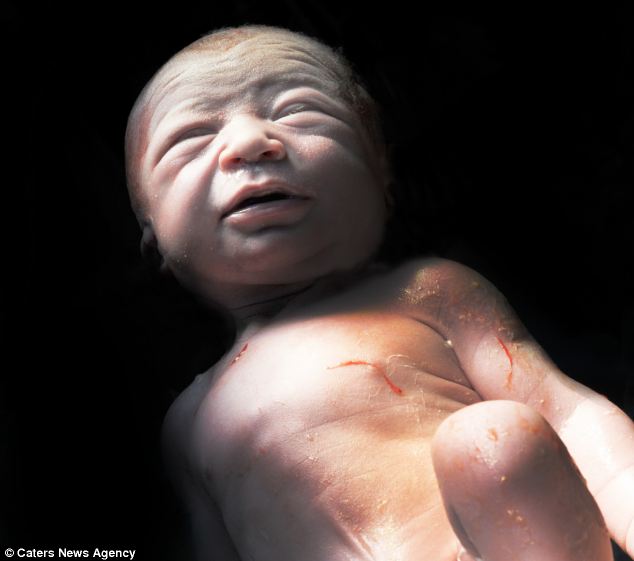 Compelling: Ms Bonnen said she wanted to show the emotion of birth as a mother set eyes on her child for the first time 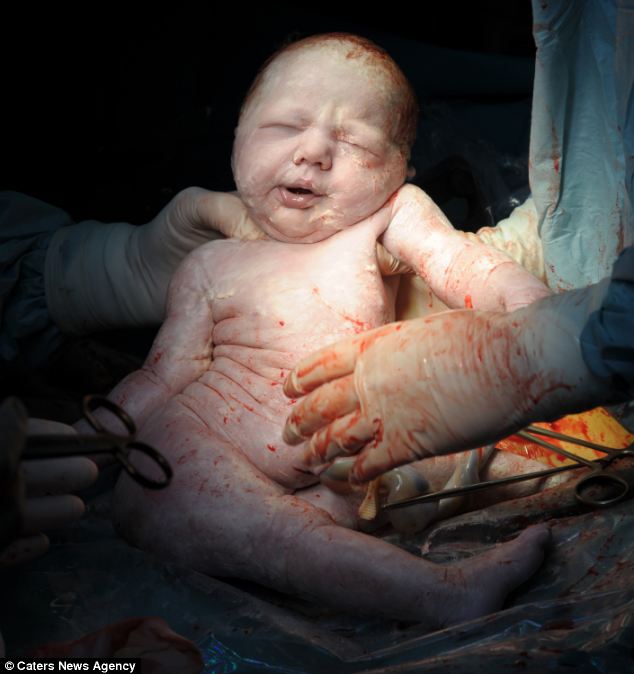 Miracle: The thought-provoking series of photographs show birth in excruciating detail
Suste said: ‘A life-long theme for my portrait photography has always been the affection and love displayed between a mother and daughter, a father and a son, a brother and a sister.
‘I have portrayed heads of states, politicians, celebrities and CEOs, but family is what have always interested me the most.
‘What suddenly intrigued me, however, was if that feeling of love for life was detectable at first eyesight. What are we emotionally like at the earliest stage in life? What are we like at the very first second? 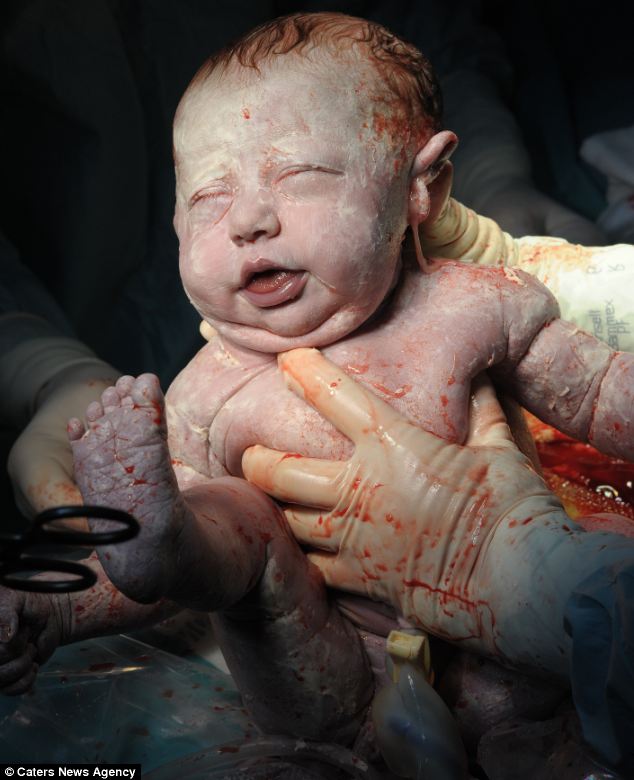 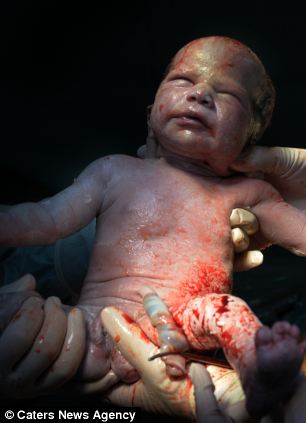 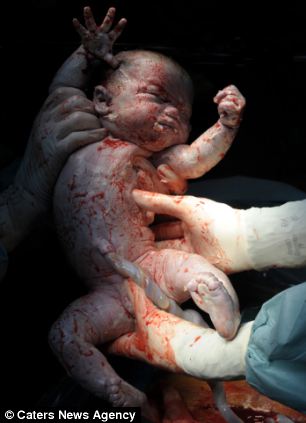 Illuminating: Photographer Suste Bonnen did not use special lighting only the lamps in the delivery ward to capture these fascinating and captivating portraits of child birth in Copenhagen University Hospital
‘When the idea arose, I was therefore lucky to get exclusive and unprecedented access to the maternity ward, where I followed more than 22 caesarean operations.’
In the working world of the hospital Suste still managed to get great pictures despite having just the surgery lights to shine on her subjects – no flash was allowed.
She said: ‘Just as the Dutch renaissance painters, my ability to use light setting as a key element in photography has brought me much acclaim. 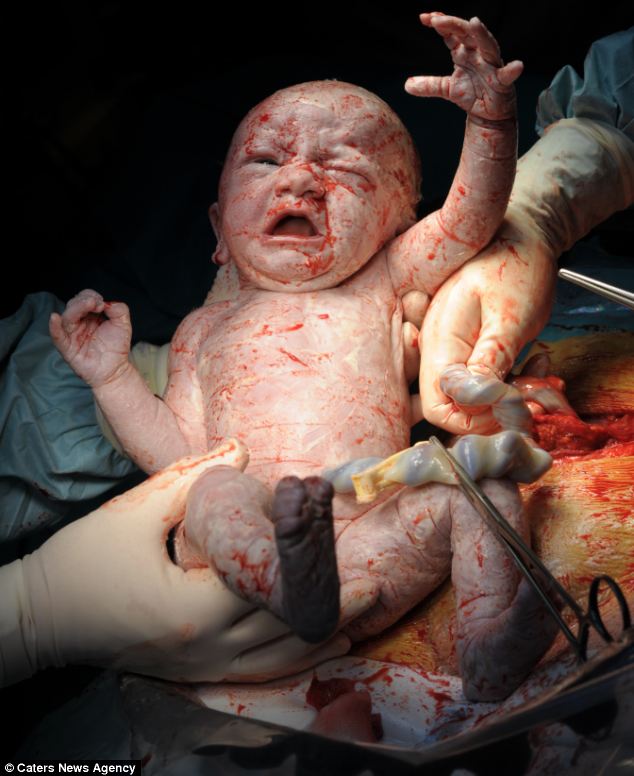 Bracing: After nine months in the warm and comfort of the womb, the shock of the outside world does not seem to be a pleasurable experience for his baby 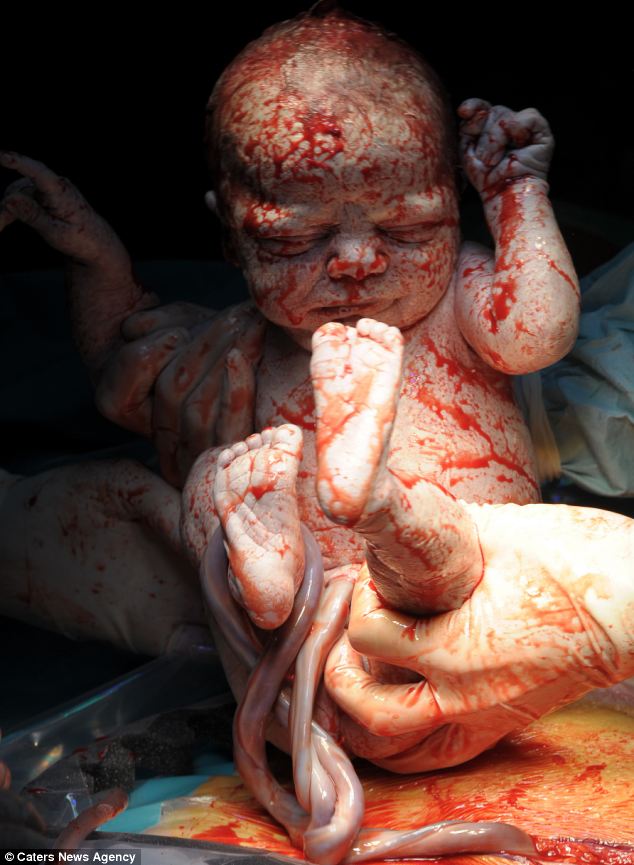 First breath: Ms Bonnen’s photographs show the moment a child will take its first breath
‘This goodwill followed me all the way into the maternity ward, where there was only one source of lighting to use, the surgery lamp.
‘There were no flashes, no additional lamps, so I had to learn to use what was there.
‘I admit that the images are deeply controversial, as they on one side are very bloody and gory, but on the other a rare and truthful testimony to the magical wonder of life.
‘These are all caesarean operations, so they can’t help but being bloody.’ 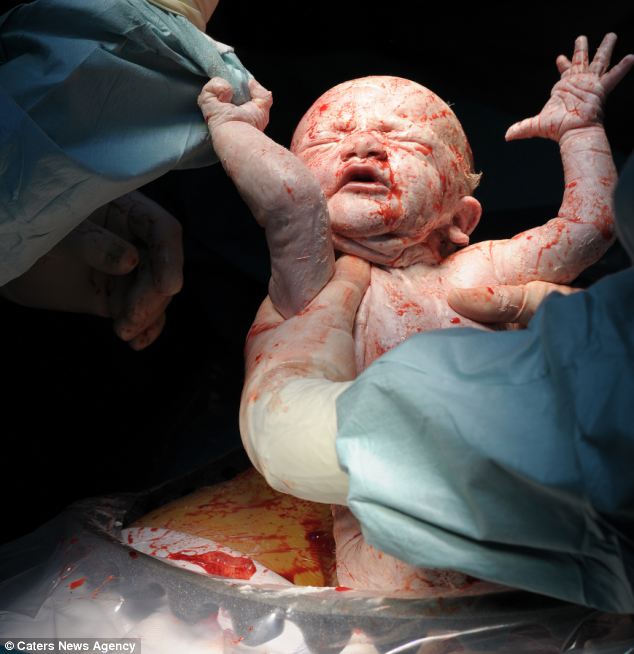 Grasping: This baby shows it was born with a strong grip reflex as it grabs hold of a midwife’s sleeve 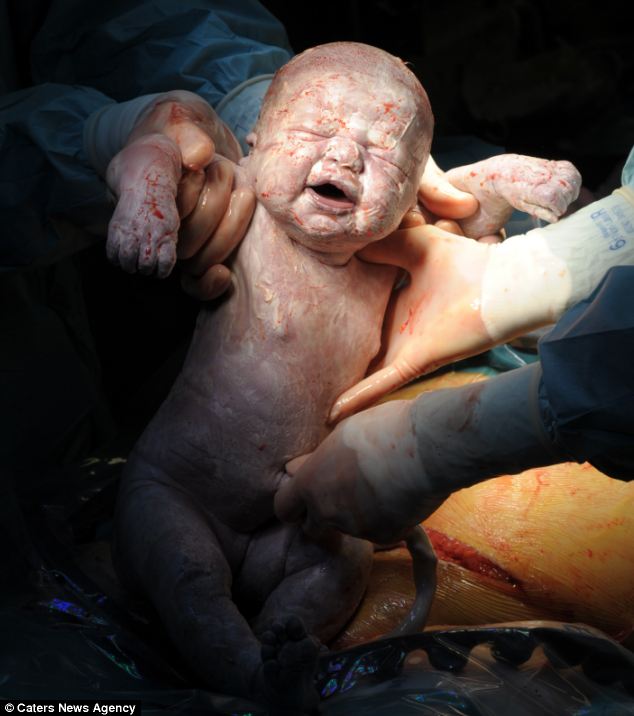 Access: Respected Danish photographer Suste Bonnen who was given unprecedented access to the moment of birth at Copenhagen University Hospital