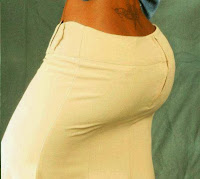 Many have faulted these actresses on their dirty lifestyles especially with the way they try to live fake lives, but some believe the media may have over exposed them.
We are x-raying top most passed around Yoruba actresses. Let the game kick off.

SK
She is beautiful, light skinned, she has the qualities that qualifies her as a pretty woman. This actress was in a near-death illness some months ago. She is not new in the game of giving apples to many Adams to eat. We even learnt that she snatched a ‘king’ of Lagos drivers from one of her friends, who had taken this actress being described to see her bobo. We now hear that this actress, who has a muslim name that starts with letter ‘S’ is dating a top local music singer. Some years ago, he dated one of actor who has a first name as a popular soft-sell magazine publisher. Some amebors are even telling us that this actress also warmed the bed of an actor cum movie producer who has a name as a former President of Nigeria.

Fatty
Another Yoruba actress in this category is a single mother of two. This actress is really beautiful even with her age. She was believed to have started the ‘aunty’ fight being experienced in Yoruba movie world today when she had a bitter fight with one of her colleagues. One of her sexscapades includes a top politician based in Ibadan, who some olofofos say she milked dry. We even heard that she fought a younger actress who hails from Auchi, Edo State over the same politician. This actress was once rumoured to have greased that ‘rod’ of one popular movie marketer. She has also played the adult game with ex-hubby of one busty Yoruba actress, who has the same surname with a late Yoruba leader and elder statesman. In 2011, this actress, who interestingly hails from Delta State, once had a ‘war’ on bed with the son of one top comic Yoruba actor. This young dude finished from Olabisi Onabanjo University, Ago Iwoye, Ogun State.

Bakky
Those very close to this daughter of an Ibadan-based hotelier described her as ‘hot pant’. Right from her days in Ibadan, she is said to have had some underground romance with some actors who visited her dad’s hotel for movie shoots. Even after joining the make-believe industry, many men have been romantically link with her. Pretty and light skinned, this married screen goddess still enjoys life by lubricating some ‘sticks’ of both colleagues and society men. One cannot forget her romance with an Ojodu/Berger transport leader. Some have seen her with different men at different joints in Lagos. Her expensive wonders-on-wheel worth millions of naira was said to have been bought from money made from her different ‘runs’.

TY
This list will never be complete without this actress making the list. She is from Edo State but the way she speaks Yoruba language, you will think she is from Lagos State. We even hear that it is one London big boy that is in her life now after her former boyfriend dumped her in December last year. While dating her former boyfriend, who is now married, this actress was seeing other men. Some have said that this actress can agree to have battle on bed with any man with the payment of 300,000 Naira into her account. If you think this is false, just try it to confirm.

Flakky
What many might not know about this ex-wife of a son of Lagos Commissioner is that behind her innocent look and her activist image lies a woman that loves adult plays very much. Even while in Canada, where she just returned from few months ago with two others colleagues of hers, this busty graduate from one of the best universities in Nigeria was kept warm from the Canadian cold by a chocolate skinned big boy in Canada. Back home in Nigeria, while getting to know a campaigner, who is a handsome man married to preacher, she was also busy doing a ‘factory reset’ on the rich guy very close to the number one citizen of a state. She also is very close to another number one man of a state who is an opposition to her lover’s person. A source even told us that this actress likes ‘short time’ with one rich guy, who she dated before her once sweet marriage.

Iya
Is it possible to have this kind of list without mentioning this next actress? It would definitely be insinuated that we are trying to cover up for some people. This actress, who once fought an actress dirty publicly, is a lady that loves to ‘play’ a lot. She once took her game to a political bigwig when she stormed Ghana for a movie shoot. Interestingly, she was introduced to a one-time Nigerian Senator in Ghana by another actress known to love bed plays also. This actress now heads a group of cute girls she distributes to those who need ‘hot fresh fish’ to eat. One member of her recently launched group has gotten a former governor as her ATM.

Bisi Babe
Another actress on the list is this busty screen goddess who runs from interviews from journalists because of her inability to speak good English Language. She is Kogi State-born and stays around Lekki, Lagos. She has once dated a popular local music king. This actress, who is scares in movies these days, has posh cars in her garage. Her hair is always blown like ‘afro’. Her nickname portrays how she enjoys life to the fullest. We now heard that this actress, who has a name as a South West state university which is not too far from Lagos, is pregnant. Some have said that a former lawmaker from Kogi State is responsible for the pregnancy.

D-One
Brought into the movie industry by an actress that a tattoo on her breast, this lady that can be called D-One is also on the list. She stays at LekkiPhase 1 and has some Island big boys as her money spinning factory. One top musician, who is almost the best dressed fuji artiste, was believed to have bankrolled one of her movies. This busty polythenic graduate is now a proprietress of a school around Surulere.

Abuke
Another actress, who many believe is the godmother of them all, once had a romantic affair with a top American music promoter. The man’s name, who this actress dated, has a name which almost literally means ‘bowl’ in English Language. It was believed that this man bankrolled one of her movies which has igbo language spoken in it. This mother of two has also warmed the bed of a top entertainment writer. Their romance was almost believed to lead to marriage until she was given a shocker of her life. She went to Ghana last year to shoot her yet-to-be released movie. We learnt she is highly connected. Her Lekki-home is said to be like a palace. A valuation of the property, as a source, who has seen the house, said that it is worth millions of naira. We even learnt that she was once rumoured to have dated a former state governor.

Enny
Making this list also is this plus size actress that acted a very bad girl role in a popular comic movie that was produced by a multi-talented comic actress. While she is doing her under g runs, she was recently entangled in a pimp saga where she was said to have financially rundown a top Ibadan politician. Though it seems not to be true, but some said she once had fun with a popular teenage music star that is in an assault saga with a cab man.