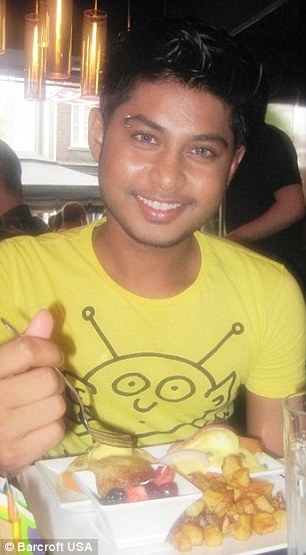 A glamour model has her hopes set on winning the coveted Miss World title – even though she was born male.
Amelia Maltepe, originally from a strict Muslim family in Bangladesh, spent £8,000 on breast implants in 2012 to give her a 34D chest.
Now the 23-year-old business accounting student, who lives with personal trainer boyfriend Charles Dubuc, 27, has her eyes set on the world’s most famous beauty pageant.
Scroll down for video 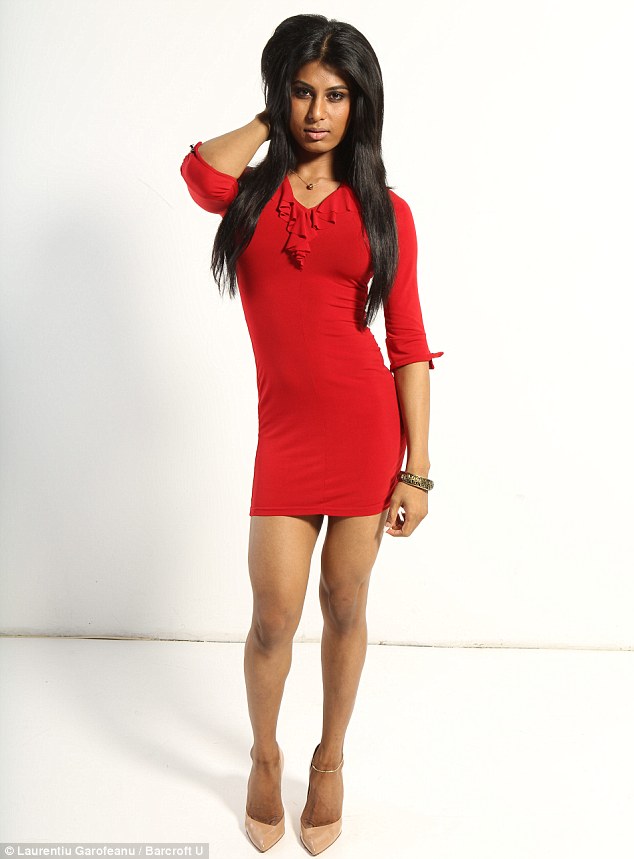 Transgender model Amelia Maltepe, 23, hopes to become the next Miss World – despite being born male
Amelia, raised as Adesh, said: ‘To be become a Miss World is one of my biggest dreams.
‘Growing up I always felt that I was trapped in the wrong body and the idea of changing gender was never an option.
‘Now I feel like if I believe in God and myself I can achieve anything I put my mind to.’
After moving to Toronto in 2009 to study, Amelia says her eyes were opened to the possibility of transformation.
Transgender glamour model hopes to become next Miss World 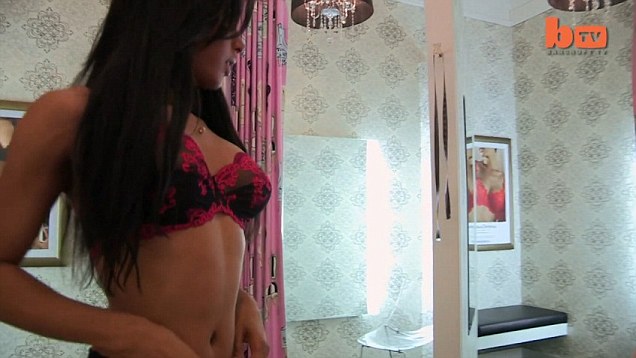 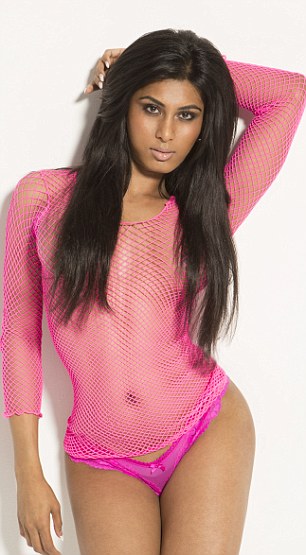 The transgender model, who was born as a boy named Adesh in Bangladesh (L), says she always felt as though she was in the wrong body 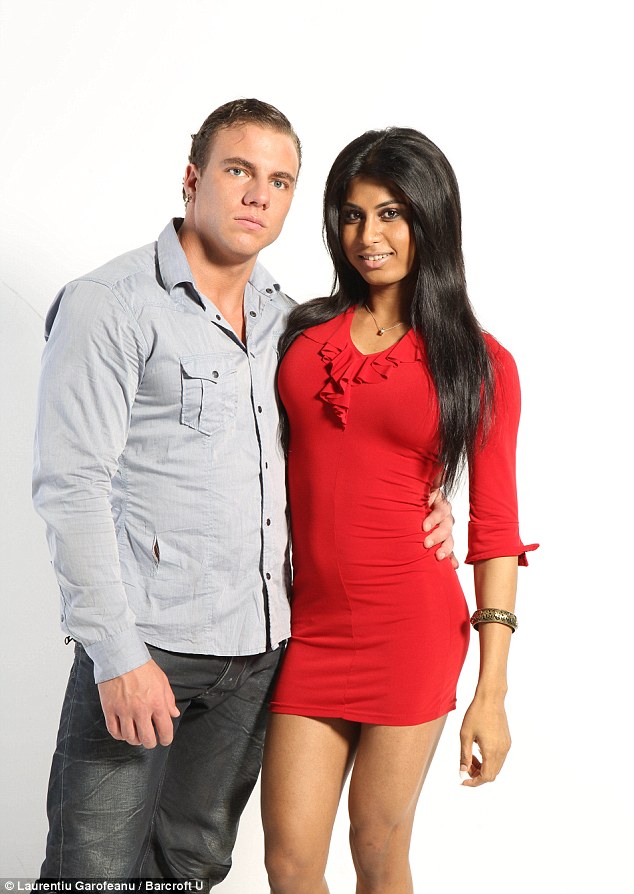 The business accounting student, who lives with personal trainer boyfriend Charles Dubuc, 27, (pictured) has her eyes set on the world’s most famous beauty pageant 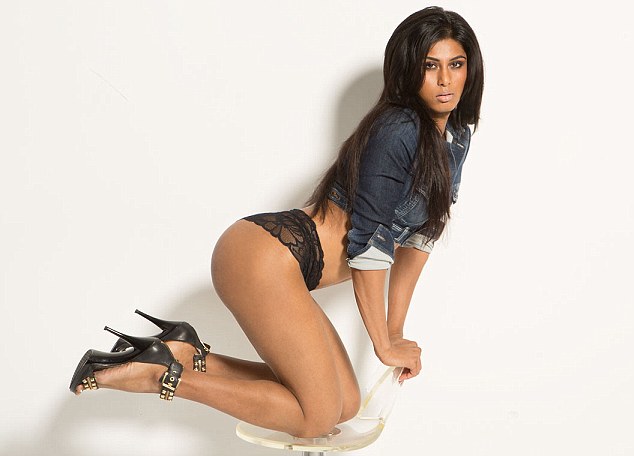 After beginning a course of hormones to alter her body, Amelia opted for breast implants two months later and is now ready to enter one of the biggest competitions in the modelling world 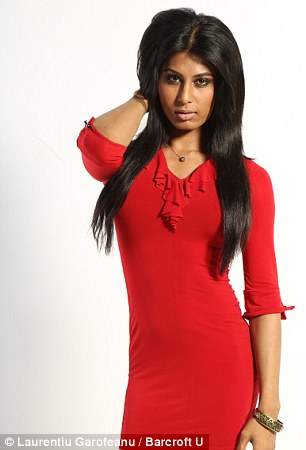 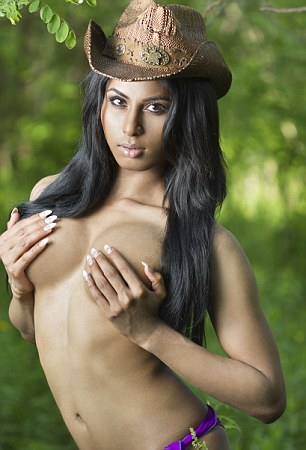 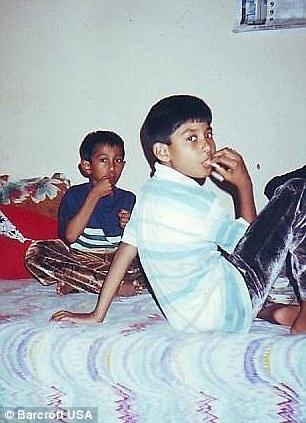 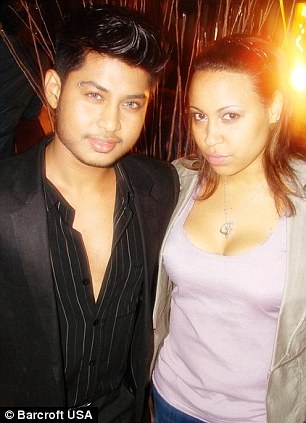 Amelia (pictured, left, with a friend in 2010 and, right, aged 11 with younger brother) was raised in a strict Muslim family in Dhakar, Bangladesh, where she always felt trapped in a body that didn’t belong to her 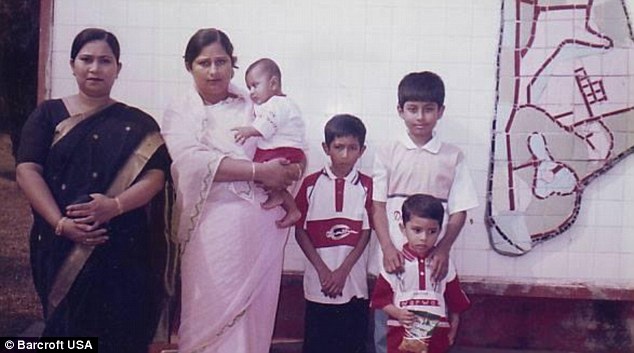 A collect photo of transgender model Amelia Maltpe aged 11 with (l-r) aunt Akter, mother holding Amelia’s brother Ratul, brother Razzak, and cousin Haque in 2001 in Dhaka, Bangladesh
Although she has yet to have full gender reassignment surgery, Amelia lives as a woman with personal trainer boyfriend Charles.
When the couple met, Charles had no idea about her past.
He said: ‘I didn’t realise Amelia was transgender initially but when she told me I wasn’t put off.
‘It was more difficult in the beginning when she was still in the early stages of transitioning and wore a wig.
‘However, now it’s not an issue for us, I love the person she is. I tell people we’re a special couple and that my girlfriend used to be a guy.
‘I have introduced her to my family and they are very happy for us. It’s great she is coming out as being transgender and pursuing a modelling career. She’s an inspiration to others.’
However, Amelia’s path to becoming the person she always knew she was, wasn’t always so easy.
Amelia was raised in a strict Muslim family in Dhakar, Bangladesh, where she always felt trapped in a body that didn’t belong to her.
She said: ‘I always knew I felt differently from other boys, but in Bangladesh people don’t talk about these kind of things. 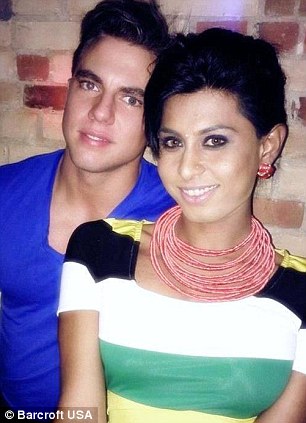 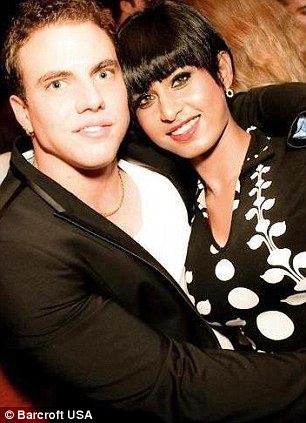 When the couple met, Charles had no idea about her past but says it doesn’t bother him and his family are very happy for them 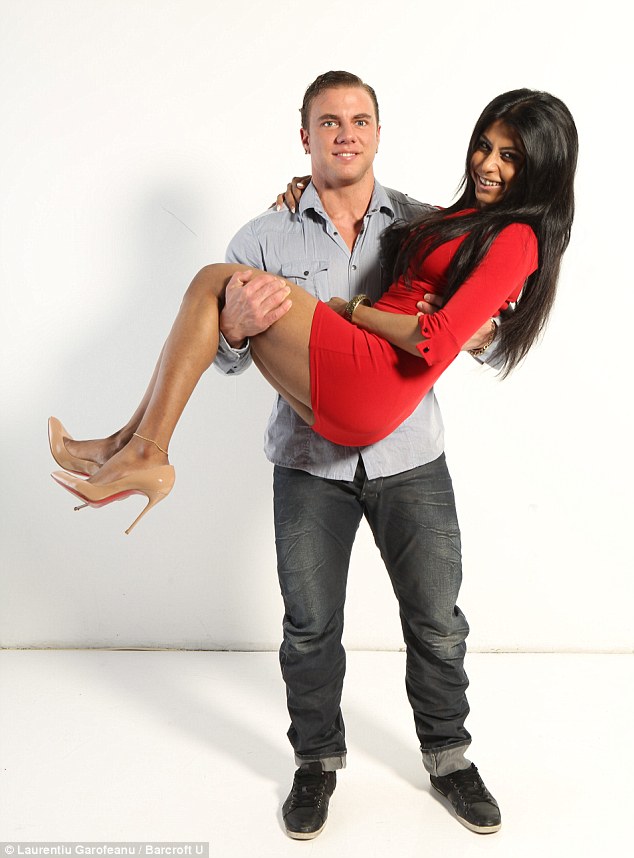 Charles says that his girlfriend is an inspiration to others and is very supportive of her modelling career
‘When I was back home I always tried my mum’s clothes on and put her make-up on when she was out.
‘I always liked it but I never had the courage to be out because my parents are very religious so I thought they would never ever accept it.
‘I was bullied at school for being feminine – I cried many nights wishing I could be different.’
After revealing her surgery to her shocked family they initially stopped contact with her, however, they have since accepted her decision.
Amelia said: ‘When they saw me for the first time with breasts it must have been very hard for them to understand.
‘But they are my family and they love me no matter what.’