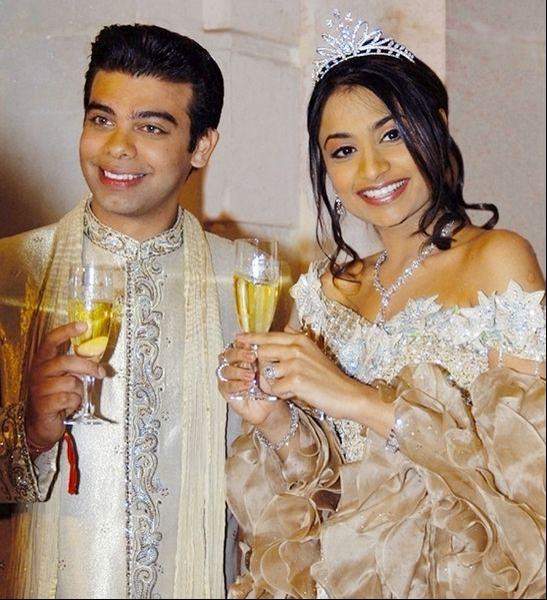 Some people inherit lots of money from their relatives. Some people inherit good looks from their relatives. Then there are the lucky few that manage to inherit both lots of money and good looks. If they have also inherited a modicum of intelligence and some business acumen as well, they often do quite well for themselves, separate from their famously wealthy parents. Here is a quick list of some of the wealthiest and most attractive children of billionaires. While beauty is certainly in the eye of the beholder, it’s clear that having a secure fiscal portfolio also seems to give these men and women a certain glow. With a combined net worth of $189.7 Billion, these 10 people can pay to stay looking young and fabulous until the world stops turning.

Carlos Slim Domit is the son of the man who was the richest person on Earth from 2010 to 2013,Carlos Slim Helu. Born in 1976, Carlos Slim Domit went on to graduate from Mexico’s Universidad Anahuac before joining his father’s wildly successful telecommunications company, Grupo Carso. Since 1998, he has served as the company’s Chairman of the Board. When not making insane amounts of money, he can be found watching race car driving with his wife, Maria Elena Torruco. 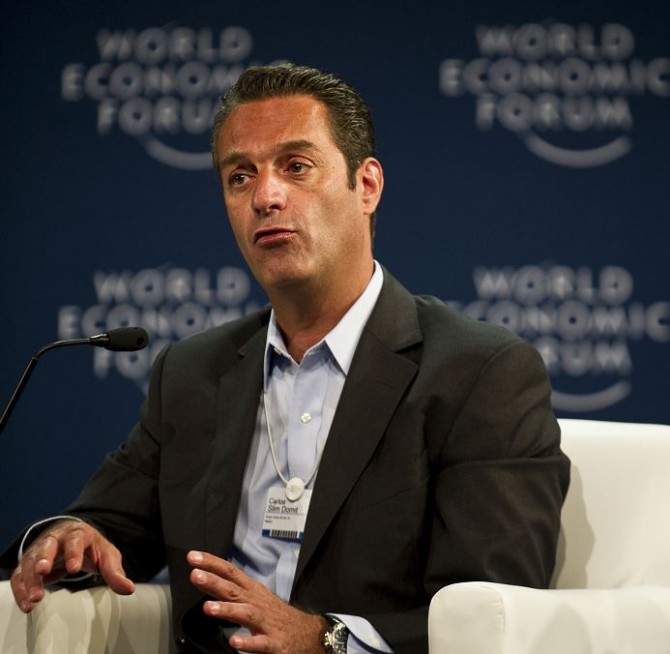 Marta Ortega-Perez is the daughter of Amancio Ortega, the founder of Inditex. If Inditex doesn’t sound familiar, maybe its most popular retail brand might — Zara. Like many of the people on this list, Marta will most likely take over her father’s company when he retires. Unlike many of the people on this list, however, Marta is probably the only one who actually had to work her way up the ladder to her current spot as an executive with the company. Her first job was working as a retail sales associate and stocker at a local Zara shop. When she’s not preparing to take over the family business, she can be found riding horses. She’s an accomplished equestrian. In 2012, she married Sergio Alvarez Moya, one of Spain’s most well-respected equestrian champions. 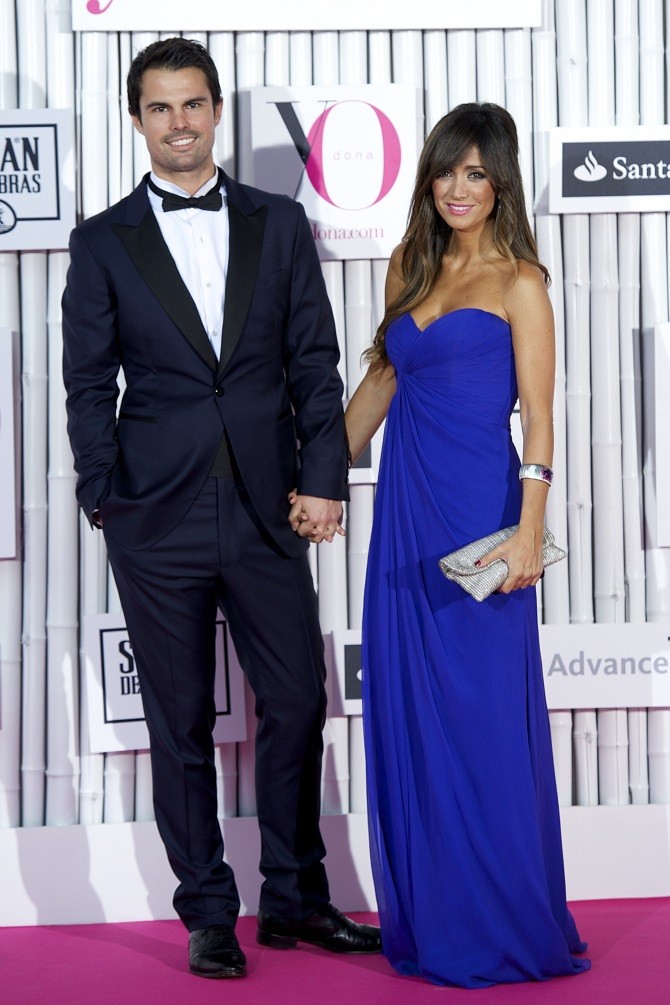 Vanisha Mittal is the daughter of Indian steel magnate, Lakshmi Mittal. She was born on August 23, 1980, and it was decided quite early on that she would continue in her father’s footsteps. She went on to graduate from the University of London – European Business School and School of Oriental and African Studies. She earned dual degrees in Business and South Asian Studies. In 2004, she became the Director of LNM Holdings, the umbrella company for the Mittal Group, which is made up of Arcelor Mittal, Mittal Steel, and Temirtau JSC. 2004 was a banner year for her, as she also married investment banker, Amit Bhatia. The wedding, which cost her father $60 million, is one of the most expensive weddings ever. When not making money for the family business, she is heavily involved in charitable initiatives.

Ming-wai Lau is a bit of an overachiever. The 34-year-old businessman has a Bachelor’s Degree in Law from King’s College London, a Master’s Degree in Law from the London School of Economics and Political Science – University of London, and a PhD in Law from King’s College London. He is also a registered attorney in New York state and a chartered financial analyst. He has worked for the family business, Chinese Estates Holdings Ltd., off an on since 2006, beginning as an Executive Director. He then worked as an Executive Director and Executive Chairman of Common Splendor International Health Industry Group for much of 2007. He also worked at Goldman Sachs and Longview Partners, LP. Since 2008, he has held various upper-level executive positions with Chinese Estate Holdings. In 2014, he became CEO, after his father was forced to step down when he was convicted of bribery and money laundering. Earlier this year, Lau donated $50 million to the Karolinska Institutet to launch The Ming Wai Lau Center for Regenerative Medicine. The Center will have two research facilities — one in Hong Kong and one in Stockholm, Sweden. 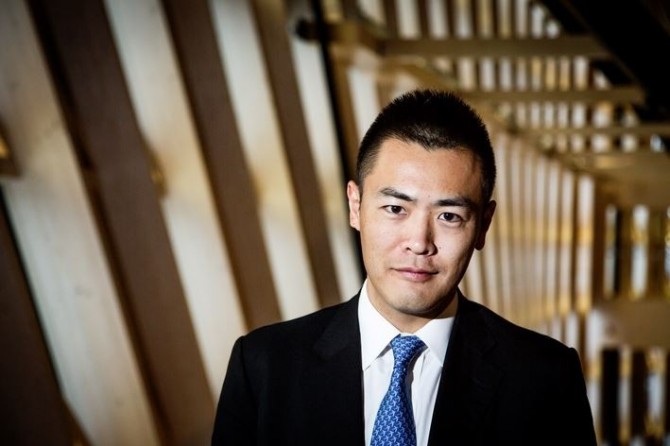 Sofia Abramovich is the daughter of Russian investor and politician, Roman Abramovich. The 20-year-old hasn’t done much with her life yet, though she did make quite a splash via Instagram in 2014, when she posted candid photos of her childhood and her current life. She is an accomplished equestrian and recently competed in Longines Global Champions Tour in London, where she represented Russia in the show-jumping event. 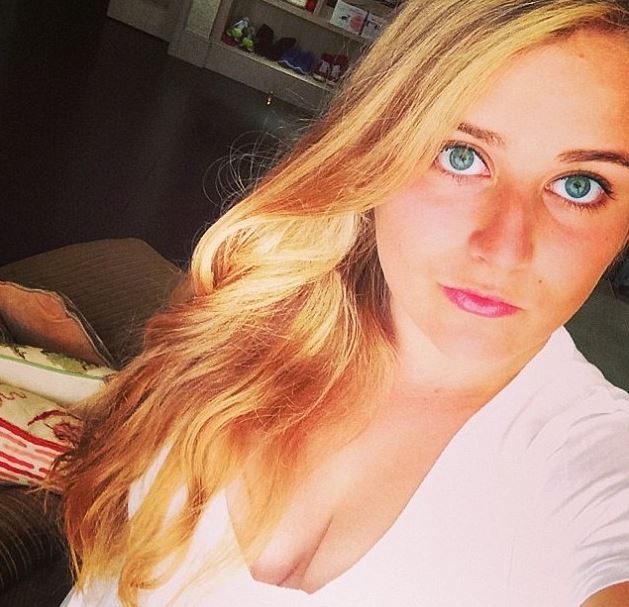 Dylan and Andrew Lauren are the children of famed designer, Ralph Lauren. The pair of siblings have done quite well for themselves separate from the money they will inherit from their famous parent.

Dylan Lauren was born on May 9, 1974 and went on to graduate from Duke University. She is the owner of Dylan’s Candy Bar in New York City. The massive shop is reportedly the largest candy store in the world. Opened in 2001, it is famous for its dizzying array of candy, inspired by Willy Wonka and the Chocolate Factory, and for its bar’s signature drink, the Gummy Martini.

Andrew Lauren was born in 1969 and has his own film production company. The business, Andrew Lauren Productions, is based in New York, and has made a name for itself producing a number of successful independent features. Most notably, the company has produced “Life 2.0,” “The Squid and the Whale,” which received three Golden Globe nominations and an Oscar nomination, and “The Spectacular Now” starring Shailene Woodley and Miles Teller. 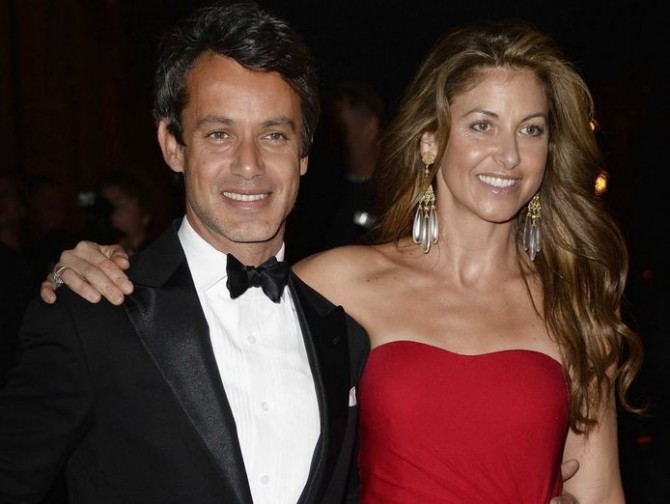 Caroline Jones is the daughter of very successful hedge fund manager, Paul Tudor Jones II. She knew she wanted to be a performer early on and attended the Professional Children’s School so that she could focus on launching a music career. She is managed by famed manager, Tommy Mottola, and recorded her first tracks while still in school. She has her own radio program, “Art & Soul” on Sirius XM’s Coffeehouse, and is the founder of the “Heart is Smart” initiative, a successful touring music education program. She has performed and/or taught at multiple universities, including Juilliard, and has also performed at Madison Square Garden, Lincoln Center, and Carnegie Hall. She has released four independent albums to date. 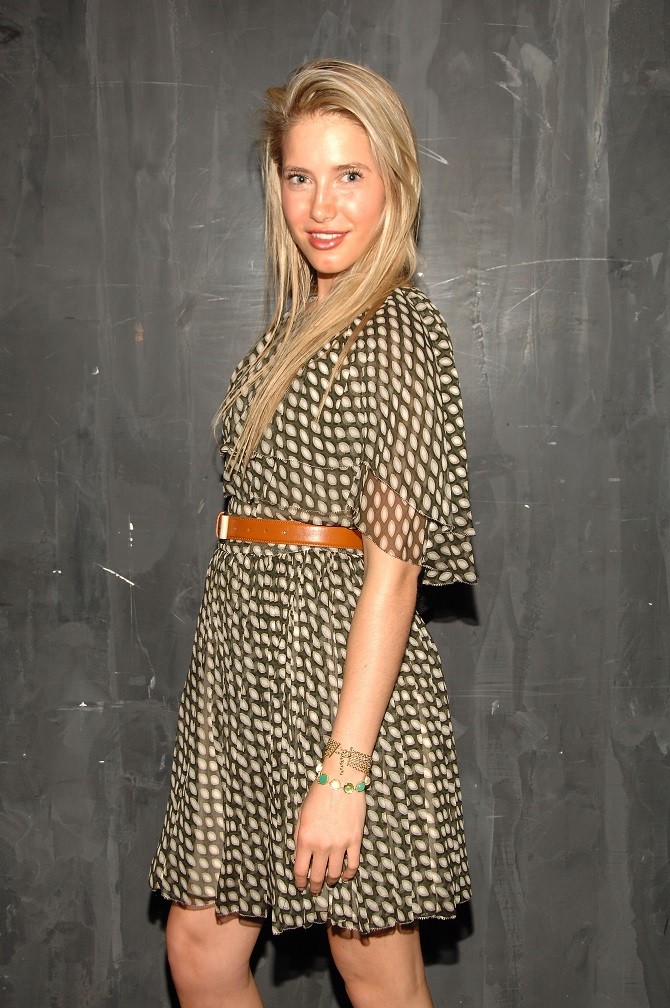 Holly and Sam Branson are the children of Virgin Media mogul Richard Branson.

Holly was a very smart child, who went on to attend the prestigious St. Edward’s School, Oxford. She then spent five years at University College London completing her medical degree with a focus on pediatrics. From there, she took a job in the neurology department at Chelsea and Westminster Hospital as a junior NHS doctor. In 2008, after saving the life of a passenger onboard a Virgin Airlines flight, she chose to join her father’s company to work with his charitable foundation, Virgin Unite, with a focus on opening health clinics in Africa. She recently gave birth to twins.

Sam Branson was born in 1985 and is an actor, filmmaker, and entrepreneur. He has his own production company, Current Sponge, and often makes documentaries about the extreme expeditions he does in order to raise money and awareness for various charities. As an actor, he appeared in the film, “Superman Returns” and produced the film, “Breaking the Taboo.” He and his wife recently welcomed their first child. 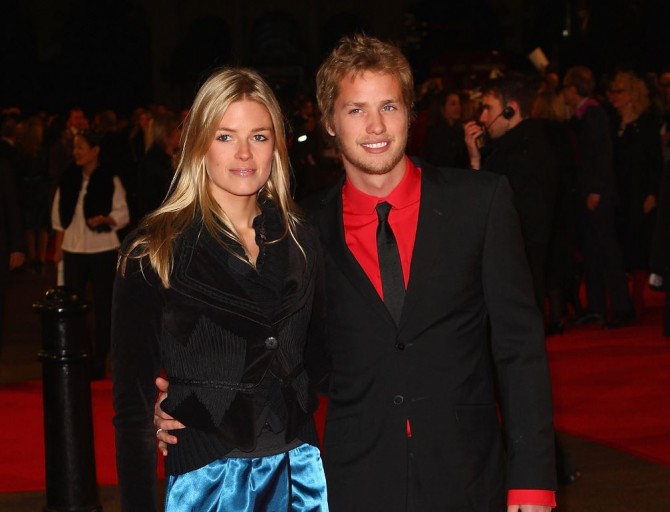 Petra Stunt and Tamara Ecclestone are the children of Bernard Eccelstone, the CEO of Formula One racing.

Tamara Ecclestone began college at the London School of Economics – University College London, but dropped out to pursue a presenting and modeling career. She has since gone on to serve as a presenter for the Red Bull Air Race World Championship in 2006 and Sky Sports Italia’s coverage of the 2009 Formula 1 season, among other gigs. She also starred on her own reality show, “Tamara Ecclestone: Billion $$$ Girl.” She has a handbag collection worth $1 million. She recently gave birth to her first child.

Petra Stunt had an early interest in fashion and was accepted to the Central Saint Martins College of Art and Design, but chose not to go. She decided to go straight from high school to launching her own fashion line, and created FORM, a menswear label. The line was initially moderately successful, and appeared at various retailers including Harrod’s. A year after launching it, she signed an agreement with Siscia, a Croatian manufacturer, in order to increase output for the label. A little over a year later, she folded the company. She subsequently launched her own accessories line, Stark. She recently gave birth to twins. 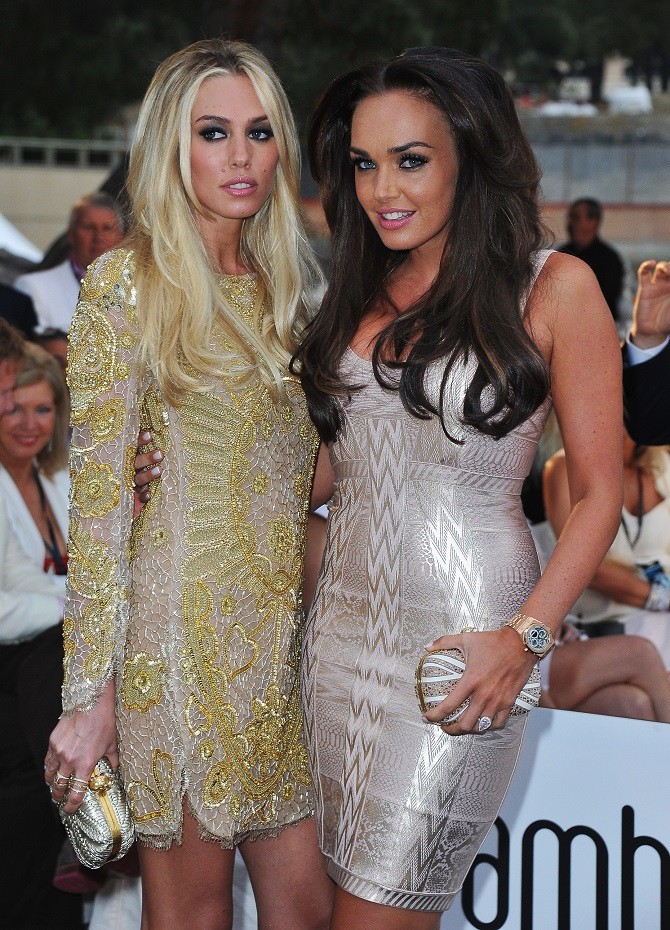 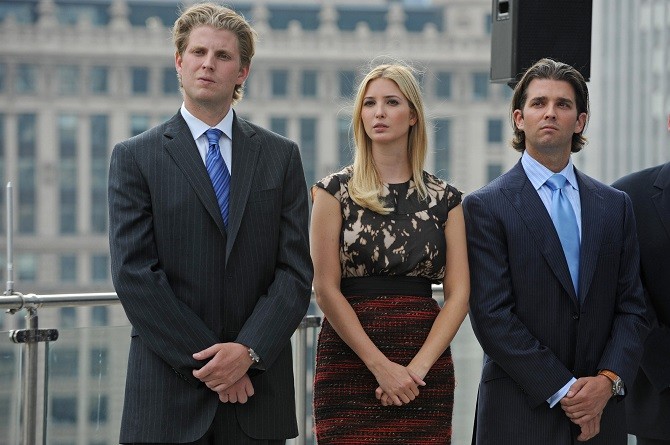 Ivanka Trump has become the kind of heir to which all other heirs aspire. Ivanka was born in 1981. As a teenager, she launched a successful career as a model, appearing on the covers of Seventeen Magazine, Forbes, and Elle Mexico, and walking the runway for such designers as Versace, Marc Bower, and Theirry Mugler. She then went on to graduate cum laude from the Wharton School of Business. After graduating, she worked for Forest City Enterprises, where she designed and launched her own line of jewelry. She also has a line of handbags and a line of footwear. She now works as the Executive Vice President of Development and Acquisitions at The Trump Organization. She published a book in 2009 and is the mother of two children with her husband, Jared Kushner.

Donald Trump, Jr. was born in 1977 and went on to graduate from the University of Pennsylvania with a degree in Finance and Marketing. He is now Executive Vice President of The Trump Organization. With The Trump Organization, he has primarily focused on real estate development and worked on the West Side Yards, Trump Place on Riverside Drive, and is currently redeveloping the Delmonico Hotel and Trump International Hotel & Tower Chicago. He is also heading up the Trump International Hotel and Tower Soho development.

Eric Trump was born in 1984 and earned a degree in Finance and Management from Georgetown University. After graduating, he began working for The Trump Organization and currently shares the role of Executive Vice President of Development and Acquisitions with his sister, Ivanka. He is focused primarily on real estate expansion and has spearheaded the acquisition and development of the Trump Golf properties. He currently manages hotels in Las Vegas, Chicago, New York, Paris, Toronto, Rio de Janeiro, and Waikiki, to name just a few locations. He is also the head of The Eric Trump Foundation, a foundation dedicated to raising money for terminally ill children at St. Jude Children’s Research Hospital. The foundation has donated nearly $28 million since it was launched in 2006.