Busty Argentinian glamour model, Victoria Xipolitakis was yesterday turned back from a lineup of people waiting to greet Pope Francis in Asuncion, Paraguay because of what she wore (above)

The police were forced to escort her out following a public outcry by Paraguayans who found her dressing offensive. She wore this tiny white top without a bra making her silicon boobs very visible. Pics of her being escorted out after the cut… 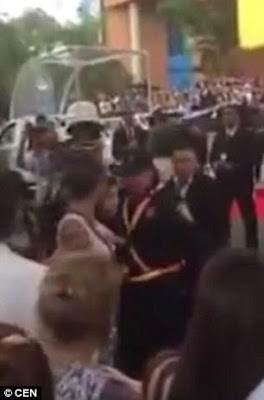 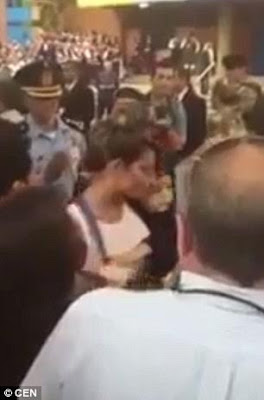 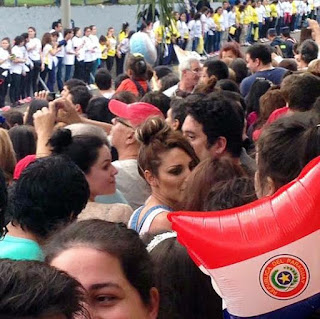 This isn’t the first time Victoria will be involved in a public uproar. Few weeks ago, two pilots were sacked from Austral Airlines after taking selfies with her in the cockpit and letting her take the controls. 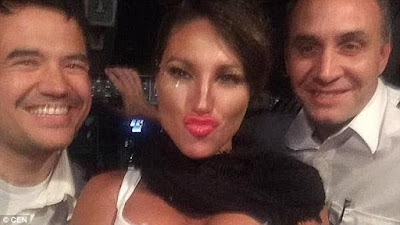 She was also publicly rebuked after she posted a Photoshopped picture of her self with a false big butts six months ago. For several weeks Victoria had been trying to get a private meeting with Pope Francis because she says she wants him to forgive all of her sins.